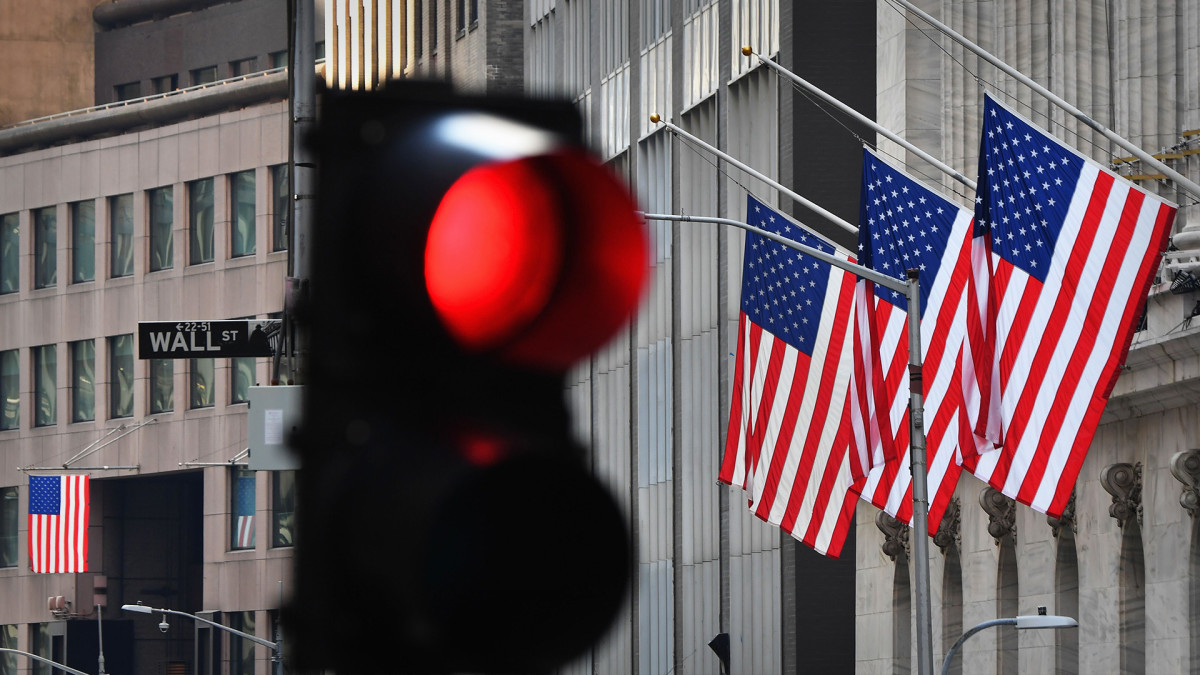 U.S. equity futures edged lower Tuesday, while the dollar traded near seven month lows against its global peers, as investors prepared for a ramp-up in fourth quarter earnings reports while eyeing moves in the bond market as Federal Reserve rate bets continue to fade.

Stocks are holding on to solid gains so far this year, with the S&P 500 rising just over 4% since the beginning of January, as softer-than-expected inflation figures, a still-expanding jobs market and early signs of a robust earnings season add to investor optimism.

A big pullback in bond yields, a well, is helping power stock gains as traders trim bets on near-term Fed rate hikes, suggesting a peak Fed Funds rate of under 5% by the early spring, with the potential for rate cuts later in the year if the economy slips into recession.

Tuesday early moves, however, could be more-tightly linked to overnight data from China showing the weakest full-year economic growth in more than five decades as the country’s Covid crisis careens from strict lockdowns to swift reopening.

Fourth quarter GDP was pegged at 2.9%, firmly ahead of forecasts, but the 2022 pace was reported by the National Bureau of Statistics as just 3%, well below the government’s official 5.5% target. Parallel data released by the NBS showed China’s population fell by 850,000 last year, the first decline since 1961, to around 1.412 billion.

That said, data from Bank of America’s closely-tracked Global Fund Manager Survey indicates China growth optimism has surged to the highest in seventeen years on re-opening bets, with the world’s most influential investors reducing their cash allocations and adding to position in European, emerging market and cyclical stocks.

The survey also indicated, however, that global investors remain underweight U.S. stocks to the highest degree since October of 2005 heading into the teeth of the fourth quarter earnings season.

S&P 500 earnings are expected to fall 2.2% from last year to a share-weighted $446.9 billion, according to Refinitiv data, although that tally weakens to a decline of 6.6% once the energy sector and its $47.2 billion contribution is stripped away.

In U.S. markets, benchmark 10-year note yields, which move in the opposite direction of prices, were marked 6 basis points higher in early New York trading to 3.562% while 2-year notes were little-changed at 4.246%.

The CME Group’s FedWatch now indicates a 91.2% chance of a 25 basis point rate hike from the Fed on February 1, up from around 76.7% this time last week, with traders expecting the Fed Funds rate to peak at a range of between 4.75% and 5% in the early spring.

The U.S. dollar index, which tracks the greenback against a basket of six global currency peers, was marked 0.02% lower at $102.193, near to the the lowest since early June.

Heading into the start of the trading day on Wall Street, futures tied to the the S&P 500 are priced for a 14 point opening bell decline while those linked to the Dow Jones Industrial Average are set for a 138 point dip. The tech-focused Nasdaq, which is on its best four-day run since November, is looking at a 57 point pullback.

In overseas markets, the the region-wide MSCI ex-Japan index fell 0.36% into the close of trading, while Tokyo’s Nikkei 225 jumped 1.23% as the yen traded at seven-month high against the U.S. dollar amid reports of tighter monetary policy next week from the Bank of Japan.