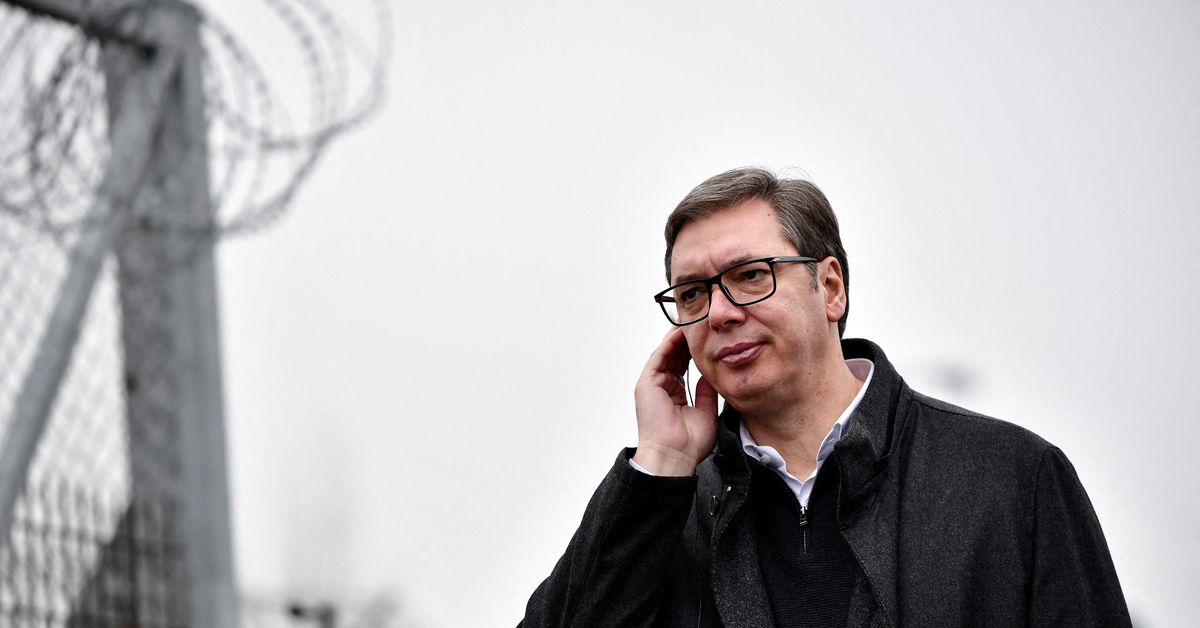 Vucic criticised Russia’s websites and social media groups for publishing advertisements in the Serbian language in which the Wagner group calls volunteers to join its ranks.

“Why do you, from Wagner, call anyone from Serbia when you know that it is against our regulations?” Vucic said late on Monday in a broadcast by the Belgrade-based Happy TV.

Serb volunteers took part in the fighting alongside pro-Russian forces in Ukraine in 2014 and 2015. No one has a clear idea of exact numbers at any one time but dozens of Serbs have signed up to fight in Ukraine since 2014, observers say.

The Serbian legislature bans participation of its citizens in conflicts abroad and several people have been sentenced for doing so.

Vucic denied allegations that the Wagner group, led by Evgeny Prigozhin, a close ally of Russian President Vladimir Putin, has a presence in Serbia where pro-Kremlin and ultranationalist organisations have supported the invasion of Ukraine.

On Tuesday, Russia’s RIA news agency aired TV footage of two masked men identifying them as Serb volunteers at a weapons training course in Russian-controlled parts of the Zaporizhzhia region in Ukraine.

Serbia is a candidate to join the European Union, its main trade partner and investor, but it also maintains trade and military cooperation with Russia, a traditional Slavic and Orthodox Christian ally.

“This will result in legal consequences once they are able to be held responsible before the state bodies,” Vucevic told Radio Free Europe.

Although it repeatedly condemned Russia’s invasion against Ukraine at the United Nations and several other international forums, Belgrade has also refused to impose sanctions against Moscow.

Serbia is entirely dependent on gas imports from Russia and its NIS oil retailer is owned by Russia’s Gazprom.