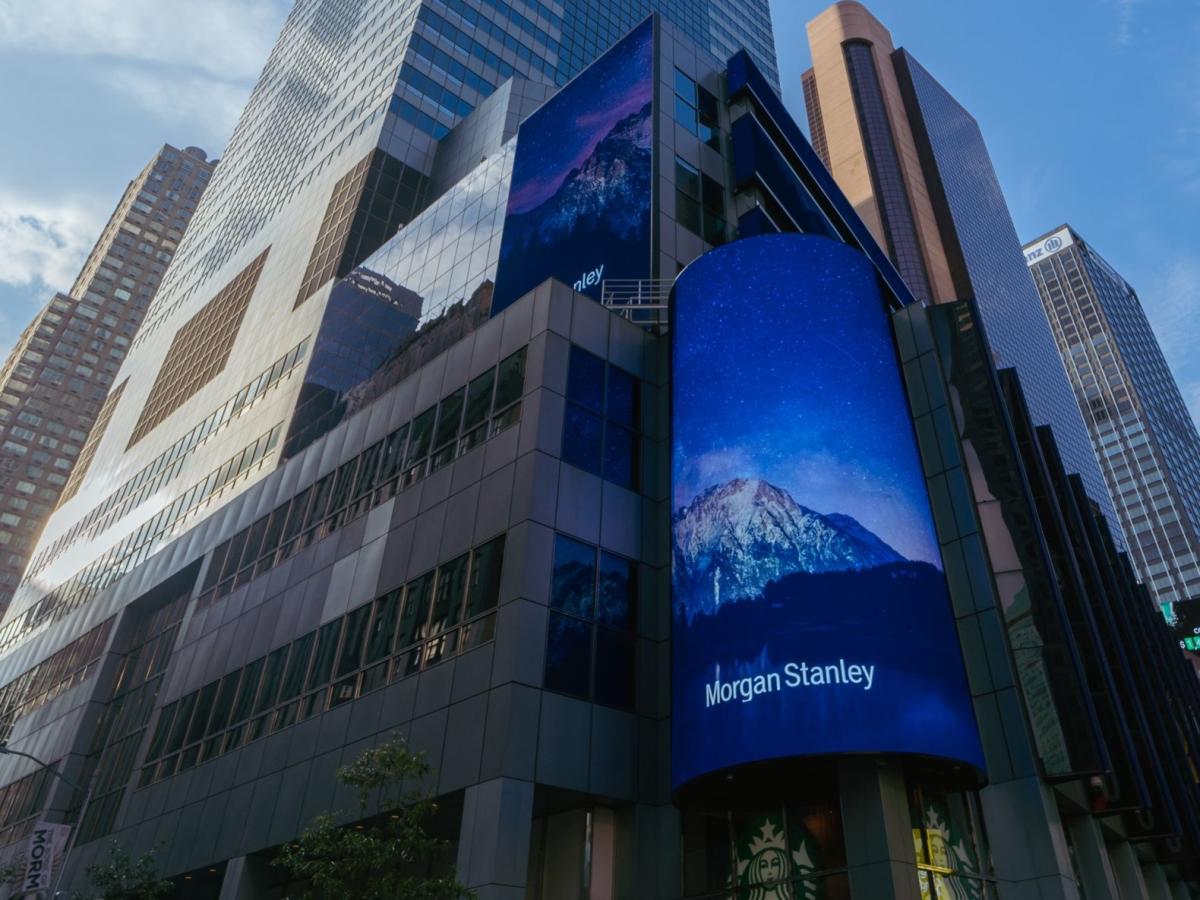 Wealth management, where Morgan Stanley benefited from higher net interest income as a result of rising rates, reported revenue of $6.62 billion, up 5.9% from a year earlier. The New York-based firm’s trading operation posted $3.6 billion in fourth-quarter revenue, worse than the $4.07 billion analysts had forecast.

The bank, which now leans on its wealth- and asset-management business for more than half its revenue, saw assets in the unit rose from the third quarter to $4.19 trillion. Morgan Stanley has a target of $1 trillion in net new assets in wealth management every three years, and a longer term goal of $10 trillion in client assets.

“We have seen a healthy start to the year,” Chief Financial Officer Sharon Yeshaya said in an interview. “A lot of it hinges on the economic outlook and whether we have seen a peak in inflation and a policy pivot.”

Morgan Stanley executives have been preaching confidence heading into 2023 in the hopes that their business model will avoid getting caught up in any consumer-market strain, while a rebound in asset prices and capital-markets activity would prove a boon for the firm.

Morgan Stanley’s trading results were hurt by equity trading, with a 24% drop in revenue to $2.18 billion. The trading disappointment added to the troubles suffered by Morgan Stanley’s dealmakers, who struggled throughout the year to recapture their 2021 performance.

The bank’s investment-management arm posted $1.46 billion in revenue, down 17%.

Morgan Stanley, led by Chief Executive Officer James Gorman, has been mindful of cost pressures. In December, it started a fresh round of job cuts that affected about 1,600 employees, or roughly 2% of its total workforce. While the move represents a much smaller action than the firings at rival Goldman Sachs Group Inc., it serves as another indicator of Wall Street’s cautious outlook as a possible US recession looms.

The bank said last week that Chief Operating Officer Jon Pruzan will be leaving at the end of the month. Pruzan, who’d been seen as a candidate to be the firm’s next CEO, plans to pursue other opportunities. With his exit, the list of key contenders for the top spot has been narrowed down to Ted Pick and Andy Saperstein, the firm’s co-presidents, along with Dan Simkowitz, its investment-management chief.

The firm is still holding onto the debt package it provided to Elon Musk to help him complete his acquisition of Twitter. Since the closing of the $44 billion deal, Musk has talked publicly about Twitter’s cost struggles and fleeing advertisers.

Morgan Stanley reported $356 million of mark-to-market losses on corporate loans held for sale and loan hedges. Those losses, however, were countered by net interest income and fees of $287 million. The firm also recorded $133 million in severance costs.

Also in the results:

(Updates with asset target in third paragraph, shares in sixth. A previous version of this story corrected the second paragraph to remove time period for results.)