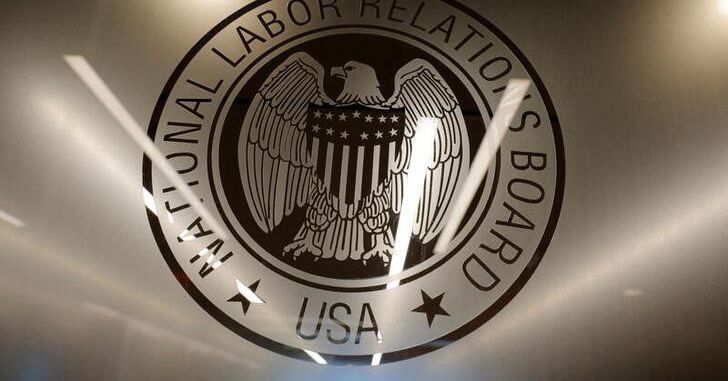 (Reuters) – A U.S. appeals court on Tuesday revived two procedural changes that a U.S. labor board made to the union election process in 2019, but struck down several other key provisions of the Trump-era rule that was heavily criticized by unions.

A divided three-judge panel of the U.S. Court of Appeals for the D.C. Circuit said the National Labor Relations Board (NLRB) should have sought public comment before adopting three changes to the way elections are scheduled. But two other provisions of the rule only impacted internal agency procedures and did not require a comment period, the court said.

The court in a 2-1 split also said a key aspect of the rule requiring election ballots to be impounded while related unfair labor practice claims are pending violates federal labor law.

The court largely affirmed a decision by then-U.S. District Judge Ketanji Brown Jackson, who is now a Supreme Court justice.

The ruling may not have an immediate impact on how the board conducts union elections. Both sides can ask the full D.C. Circuit to consider the case and then seek review from the U.S. Supreme Court.

An NLRB spokeswoman declined to immediately comment on the decision. The AFL-CIO did not immediately respond to a request for comment.

The 2019 rule was meant to undo regulations the NLRB adopted during the Obama administration that sped up the union election process and were heavily criticized by business groups. Shorter election periods are typically seen as giving an advantage to unions.

The AFL-CIO in its March 2020 lawsuit said the NLRB violated the federal Administrative Procedure Act by adopting the rule without first soliciting public comment. The union also said the impoundment provision was unlawful because it stopped regional NLRB officials from tallying ballots as required by federal labor law.

Jackson that year agreed with the AFL-CIO and blocked the challenged provisions from taking effect.

The board appealed and the D.C. Circuit on Tuesday reversed only with respect to a requirement that hearings on workers’ eligibility to vote be held before elections, and a provision governing the timing of the date of elections.

Rao in a partial dissent said all of the challenged provisions – including the impoundment requirement – were “classic procedural rules” that do not require public comment because they did not affect the substantive rights of unions.

For the AFL-CIO: Matthew Ginsburg

For the NLRB: Tyler Wiese and Paul Thomas

Dan Wiessner (@danwiessner) reports on labor and employment and immigration law, including litigation and policy making. He can be reached at daniel.wiessner@thomsonreuters.com.