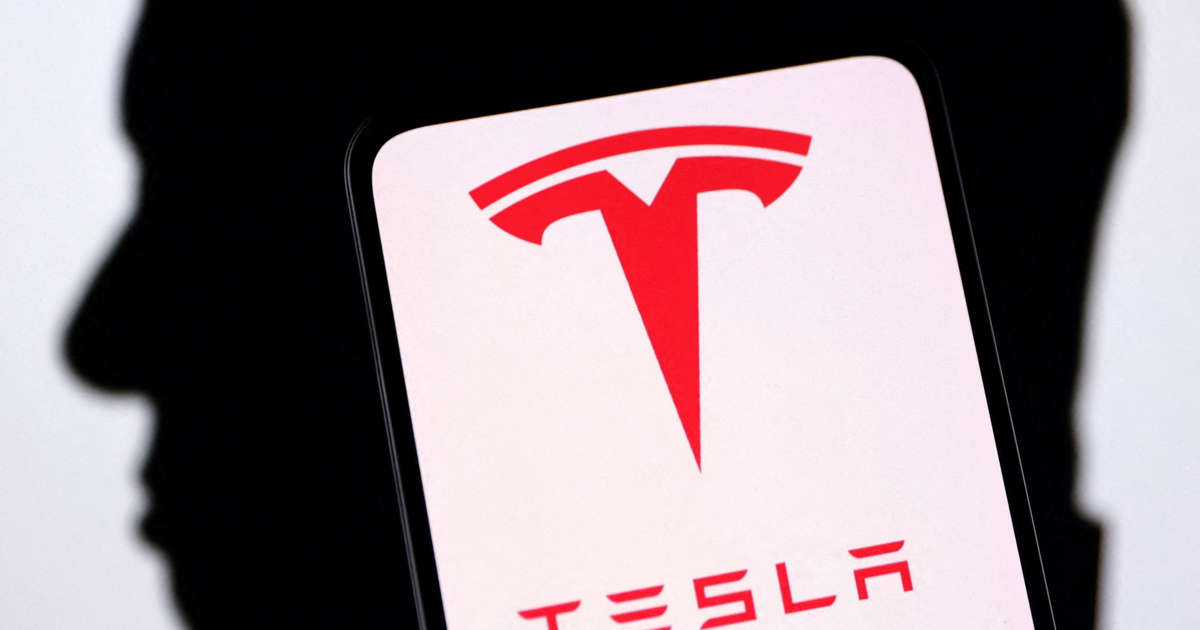 Say what you like about Tesla founder and Twitter owner Elon Musk, and most people have, but nobody has ever called him dull.

The problem is that he’s a bit too exciting, spearheading multiple pioneering businesses, diving feet first into one controversy after another and making and losing fortunes.

This year, he broke a less welcome record: booking the biggest wealth loss in history at $182 billion, mostly due to the Tesla share price crash.

Most of Mr Musk’s fortune is tied up in Tesla stock, which plunged two thirds last year, with the fall accelerating after he completed his controversial $44 billion purchase of Twitter in October.

Watch: Elon Musk launches poll asking if he should step down as head of Twitter

Mr Musk can weather the financial loss, but what about the army of smaller Tesla investors who went along for the ride?

While some will be suffering, many knew exactly what they were getting into.

In many respects, Tesla is the ultimate meme stock after going viral on social media, with traders buying as much for love as money.

The company’s rise and fall has been nothing short of spectacular, says David Morrison, senior market analyst at Trade Nation.

“Even before Tesla went public in June 2010, many considered Mr Musk as nothing more than a PT Barnum-like character, whose main skill was bamboozling politicians through his vision and tech-speak, and winning fat dollops of public subsidy for his ‘planet-saving’ vehicles.”

“Demand picked up, production numbers improved and stories about parked vehicles bursting into flames disappeared from the newswires, lifting Tesla stock from $17 per share at IPO to $415 in November 2021, a rise of a staggering 2,340 per cent,” Mr Morrison says.

Its subsequent collapse has been “nothing short of horrific”, he adds.

Yet, Tesla is much, much more than a meme, he says.

It manufactures a luxury product that people clamour to buy, and its market is growing fast as people ditch the combustion engine. Its batteries provide better capacity, range and power than nearly every competitor.

As well as cars, Tesla generates revenue from energy storage and regulatory credits, which helped to lift third-quarter revenue to $21.45 billion, with net income of $3.3 billion.

It was nonetheless hugely overvalued at its peak, Mr Morrison says.

“Tesla and other tech giants weren’t just priced for perfection, but priced by madness. Thanks to the sell-off, many of those valuations may look more reasonable, although the lurking recession makes a tough economic backdrop.”

Tesla has a problem that is not going away, and that is Mr Musk himself, he says.

“Investors fear that his rash and problematic Twitter takeover, partly funded by sales of $20 billion in Tesla stock, leaves him far too distracted to concentrate properly on Tesla.”

Mr Morrison shares their concerns. “Even if we do see a rebound in Tesla stock, a return to all-time highs may take years, if not decades.”

It would help if Mr Musk stepped away from Twitter, says Giles Coghlan, chief market analyst at online broker HYCM.

“That would drive Tesla stock higher in the short-term as his focus would be expected to return.”

“Its share of the US electric vehicle market fell from 79 per cent in the third quarter of 2020 to 65 per cent two years later. Consensus expects a further drop to below 20 per cent by 2025 as it loses its first-mover advantage.”

General Motors has received approval for its autonomous pay taxis in Austin, Texas, and Phoenix, Arizona, a project that has been repeatedly delayed by Tesla and which requires significant regulatory approvals, further hitting investor interest, Mr Koudmani says.

“A big rise in lithium prices, competition from Ford, GM and Volkswagen, and China’s zero-Covid policy, all hurt.”

Mr Musk has survived similar troubles and could do it again, but his fortunes will have to change “drastically”, Mr North says.

“For the Tesla share price to get back to its previous all-time-highs, it will have to increase 238 per cent from today’s level.”

Yet, for Tesla bulls, now is a tempting time to invest, Mr North says.

“The stock has depreciated so much that it begs the question as to whether it can continue to go much lower. The upside potential is favourable should sentiment change. A full recovery though? I am not so sure.”

Investors should resist being caught up by this year’s revival, with the stock rising 14 per cent in the year to date, warns Matthew Weller, global head of research at City Index.

“From a technical perspective, there are some signs that Tesla is setting up for at least a short-term bounce, but investors should always exercise caution when trying to catch a falling knife, as it could fall further.”

“Its market cap has collapsed from more than $1.2 trillion to below $400 billion. That is $800 billion, which is larger than the current market capitalisation of all but four US stocks — tech giants Apple, Microsoft, Alphabet and Amazon.”

“Wall Street analysts have 14 buy recommendations versus 13 holds and four sells. On the other hand, Tesla has suffered a number of price target downgrades lately, including from JP Morgan, Deutsche Bank and RBC. This suggests it could be a bumpy road ahead,” she says.

Whatever happens to Tesla stock next, it will be quite a ride. With Mr Musk at the wheel, investors can expect nothing less.