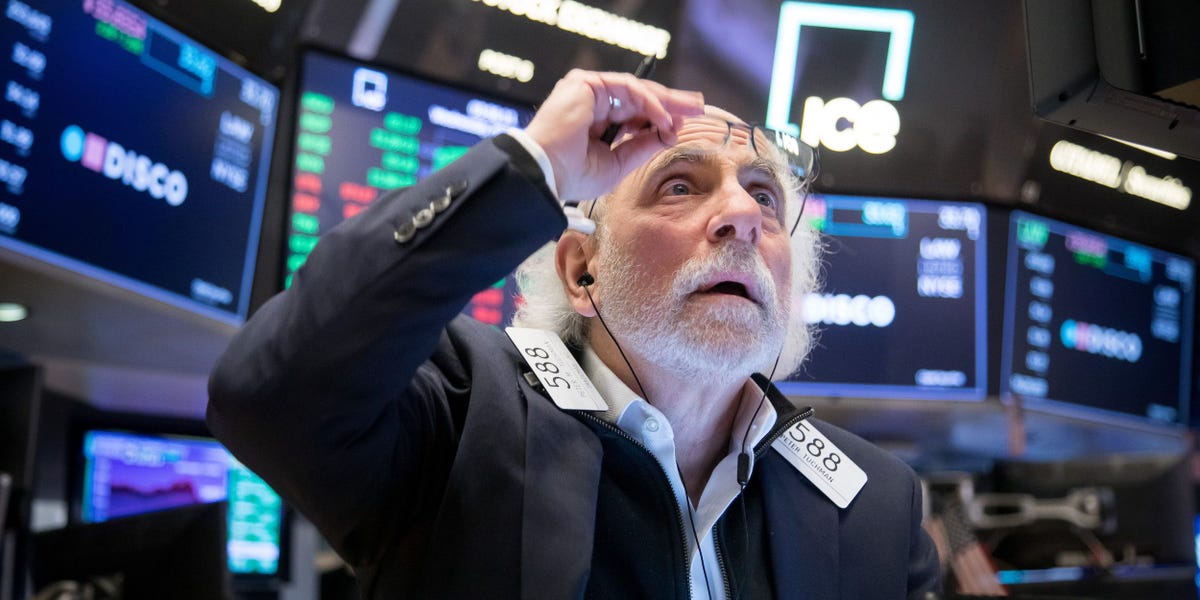 Investors remain overly bearish toward the stock market even as fears of a recession start to decline, according to the January fund manager survey from Bank of America.

The bank said asset allocators remain overweight cash and bonds, but more importantly, they have their largest underweight allocation to US stocks since October 2005.

That means the “pain trade” in the stock market is higher, according to BofA, as most investors would be caught off-guard if stocks suddenly surged given their current positioning.

The biggest concerns among investors driving bearishness towards stocks includes inflation staying high, a deep global recession, central banks staying hawkish, and geopolitics worsening in regards to the Russia-Ukraine conflict and tensions between China and Taiwan.

While investors remain bearish towards stocks, expectations of a recession have declined from 77% saying a recession is likely in November to 68% today.

The combination of declining fears of a recession and bearish stock positioning among investors makes “long stocks” the contrarian trade of 2023, according to BofA. “Note prior peaks in recession fear were big turning points in asset prices,” BofA said.

It’s not only the respondents of BofA’s fund manager survey that show high levels of pessimism towards US stocks. The weekly AAII Investor Sentiment Survey has been overwhelmingly bearish over the past year, with bearish respondents outweighing bullish respondents for 55 of the past 56 weeks. That’s a record since the survey started in 1987.

While investors are bearish on US stocks, they are constructive towards Chinese stocks. Investors are the most bullish they’ve been on China in the past 16 years as the country gears up for a full economic reopening from the COVID-19 pandemic, according to the survey.