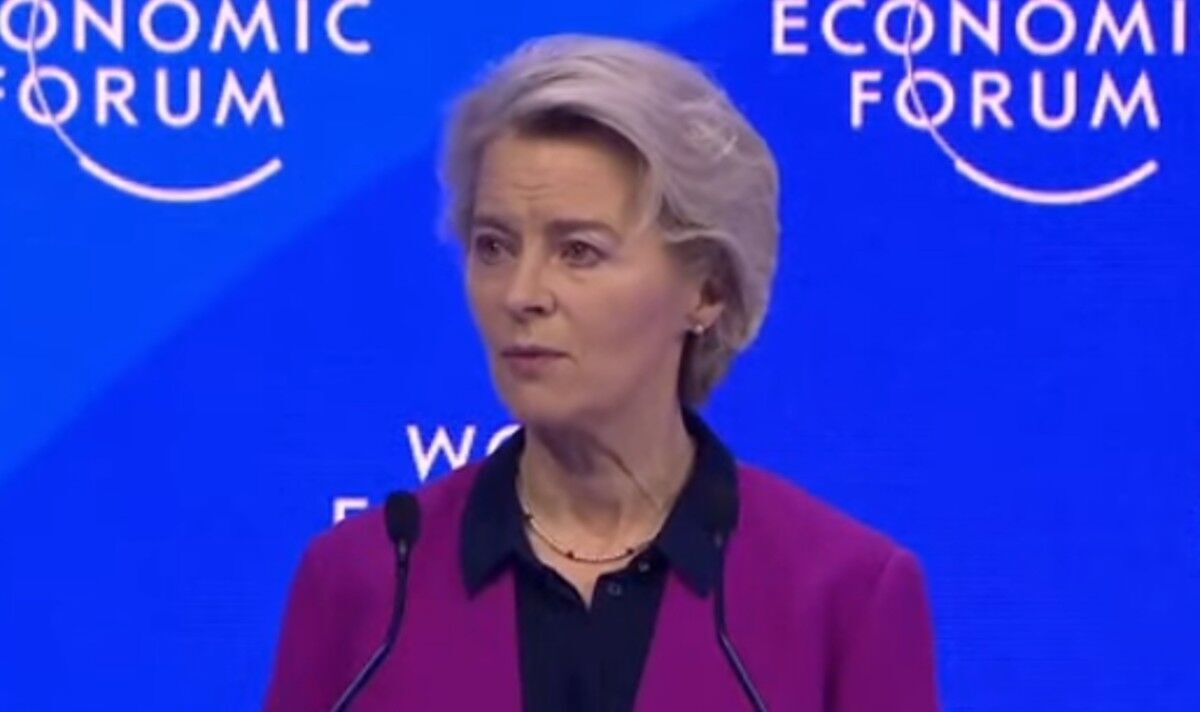 Ursula von der Leyen has signalled that the EU is ready for a trade war in a veiled threat to the UK, saying the bloc will “respond more robustly” when “trade is not fair”. Speaking at the Davos Economic Forum, the European Commission President said the EU will be “making the most of existing trade agreements”. While she said the bloc is keen to “sort out our difference” with the UK, she later said: “Where trade is not fair, we must respond more robustly”.

Ms von der Leyen told delegates in Davos: “We need an ambitious trade agenda. Including by making the most, for example, out of the existing trade agreements for example with Canada, for example with the UK, with which we are trying hard to sort out our difficulties.

“But by the same token, where trade is not fair, we must respond more robustly. “

Ms von der Leyen also hit out at Beijing, accusing it of “heavily subsidising” industry and restricting EU access to its market.

Ms von der Leyen’s comments about UK trade come as the UK and the EU continue to try and resolve issues with the controversial Northern Ireland Protocol, which has been causing delays and shortages since the Brexit deal was signed in 2020.

Last week, Taoiseach Leo Varadkar has said he is hopeful that the EU and UK Government will come to an agreement on the Northern Ireland Protocol which is broadly acceptable to people in the region.

The EU appears to have undergone a shift in approach when it comes to the protocol, with Mr Varadkar last week acknowledging that the Northern Ireland Protocol had “perhaps” been “too strict”, admitting that “mistakes” were made on both sides in the handling of Brexit.

The Irish Taoiseach, who was part of the negotiation process to agree on the Northern Ireland Protocol, said he would be “flexible and reasonable” when attempting to solve issues.

The border has led to delays, supermarket shortages and increased costs for businesses in Northern Ireland.