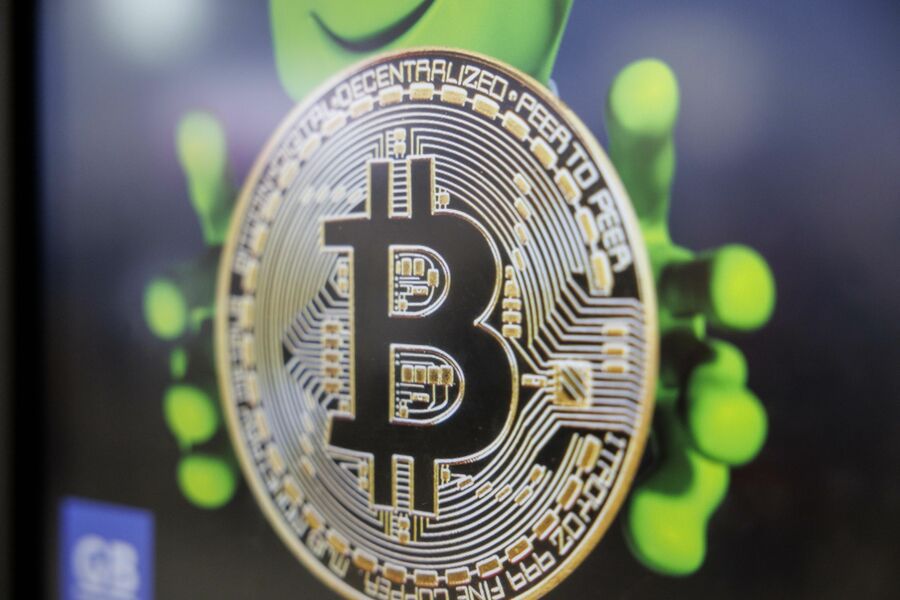 While the flagship cryptocurrency is still down more than 65% from its all-time high in November 2021, it has enjoyed a 26% spike over the past 30 days, including a 22% price increase over the past week.

“This looks to be a real rebound,” said Tyrone Ross, chief executive and co-founder of Turnqey Labs and principal at 401 Financial.

“Volume is strong and it’s moving back to the 200-day moving averages,” Ross said. “It also helps that inflation and dollar strength have abated a bit, but all of that can change swiftly. I think this will be a choppy year with some face-ripping rallies in-between, driven largely by the global macro environment.”

Investment proxies for bitcoin are also getting caught up in the recent activity, which some analysts are saying represents a market that’s already moving past the FTX debacle.

“There has been some renewed interest in crypto ETFs after the bitcoin rally,” said Roxanna Islam, associate director of research at VettaFi.

“This isn’t just true for crypto investments but also for broader blockchain investments that are growth- or tech-oriented,” Islam said. “There is also some normalization of bitcoin prices after the initial shock of the FTX fallout. Most crypto ETFs are now back to prices seen before the FTX collapse.”

Islam cited as an example the ProShares Bitcoin Strategy ETF (BITO), which is up 26.6% from where it was trading on Nov. 11 when FTX declared bankruptcy. “While this fund saw over $18 million in outflows in the past month, there has already been almost $2.8 million in inflows during the past week,” she said.

Crypto mining stocks have also come charging back, as is illustrated by the 75% gain posted so far this year by the Valkyrie Bitcoin Miners ETF (WGMI).

A more concentrated look at crypto miners comes via Marathon Digital Holding (MARA), which is up 125% from the start of the year but is still saddled with a 73% decline over the past 12 months.

“Crypto mining stocks had a particularly rough few months compared to other crypto stocks because of rising energy costs,” Islam said. “Recently, some crypto mining stocks have seen some recovery as some companies take steps to restructure or avoid bankruptcy proceedings.”

Ric Edelman, founder of the Digital Assets Council of Financial Professionals, said it’s too early to says that the bitcoin rally represents “the end of the crypto winter.”

“That question remains very much open,” Edelman said. “It could be a dead-cat bounce or it could be investors being too euphoric too quickly. But it does show that the crypto market is alive and well.”

Looking beyond the spike over the past few weeks or the incidents of fraud over the past several months, Edelman is locked into the idea of bitcoin charging toward record highs over the next two years.

“Much of the malaise and fraud that took place in 2022 had nothing to do with the development of blockchain,” he said. “Those incidents do not undermine the legitimacy of the technology that crypto represents.”

The fact that the price of bitcoin remained relatively stable throughout most of last year amid some high-profile cryptocurrency scandals should be viewed as positive, Edelman said. “As we enter 2023, people are beginning to refocus and remind themselves that the fundamental premise of blockchain technology remains as real as ever.”

Edelman is looking to 2024 and beyond, with history as a guide.

According to the schedule that halves the bitcoin payment to miners every four years, that payment will be cut to 3 1/8 bitcoins next year.

“History tells us, every time the bitcoin mining reward is cut in half the price [eventually] doubles to maintain the value of the reward,” Edelman said. “If you do the math and look based on historical levels of what happened in the 18 months following the [halving], the price of bitcoin reaches new highs of a 10 times increase over the prior price.”

That math and that schedule put the price of Bitcoin at roughly $150,000 in the summer of 2025, or approximately 580% above the current price.

“Of course, it’s not an assurance,” Edelman said. “But many people are confident that the upcoming [halving] will be reflected in a new era of prosperity for crypto.”