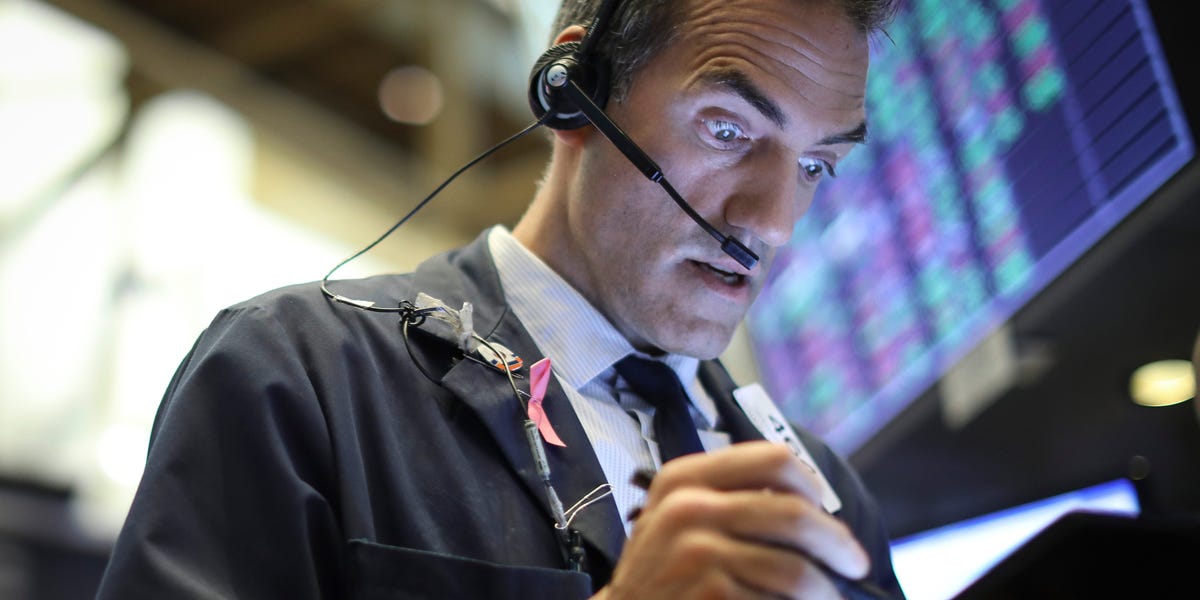 Wall Street has turned a blind eye to the potential for deflation in 2023, but falling prices could end up being one of the biggest surprises to investors this year.

A review of more than 500 Wall Street outlook notes for 2023 showed not one mention of the word “deflation,” while words like “inflation” and “recession” were mentioned 807 and 853 times, respectively.

“The truth is virtually no one is expecting deflation, but this time 18 months ago no one was looking for 9% inflation either,” Carson Group’s chief market strategist Ryan Detrick told Insider.

Prices for various commodities and goods are starting to fall from their 2022 peaks, and several economic indicators suggest the declines could pickup some steam.

For example, the US Purchasing Managers Index dropped below 50 in November and December, representing a contraction in the manufacturing sector that signals lower prices to stimulate demand are likely.

Another indicator is the year-over-year change in money supply, as measured by M2. Annual M2 money supply growth has seen its biggest decline since World War II, acting as a liquidity suck for markets and the economy as well as a deflationary force.

And according to Fundstrat’s Tom Lee, 59% of CPI components were in deflation mode in December. “Disinflation (aka ‘deflation’) is accelerating,” Lee said in a Friday note, pointing out that “the pace of items ‘deflating’ is also well above the long-term average.”

Some of those CPI components include oil, which has dropped 38% from its 2022 peak, as well as new and used car prices. Meanwhile, lumber prices have dropped 67% from their 2022 peak, and the median US existing home price is 10% off its peak.

With much of the world focused on reining in inflation, it’s hard to imagine prices falling so far and so fast that actual deflation registers on the CPI this year. That hasn’t happened on an annual basis since 2009, and it’s unlikely to happen in 2023 given how entrenched inflation was throughout 2021 and 2022.

But that doesn’t mean investors should ignore the possibility that deflation will show up sooner than expected.

“It is time to utter the ‘D’ word in polite circles. Apparently, that is decidedly contrarian, for reasons of recency bias, I presume. I can’t speak for 2024, but as far as 2023 is concerned, we could very well be in for surprise CPI deflation,” WisdomTree’s head of equities Jeff Weniger said.

Falling prices are also on Detrick’s mind for 2023, as he expects inflation to fall quicker than the market expects.

“Although we don’t expect to see outright deflation, we are in the camp that inflation will come down quite quickly in 2023. We’d prefer to call it disinflation over deflation, but either way the truth is the patient has had a lot of medicine and now that China is reopening and supply chains are opening back up, many of the major headwinds are leaving, opening the door for much lower prices,” Detrick said.

As to how the stock market would react, deflation is a double-edged sword for investors. Lower prices would be a boon to consumers who have pocketed considerable wage increases recently. And some deflation would allow the Fed to end its interest rate hiking policy or even consider cutting interest rates, which would lift long-duration assets like technology stocks.

But too much deflation is arguably worse than too much inflation, as it could lead to a sharp economic slowdown, big job losses, and a surge in credit defaults if asset values drop. Ultimately, it’s a delicate balancing act.