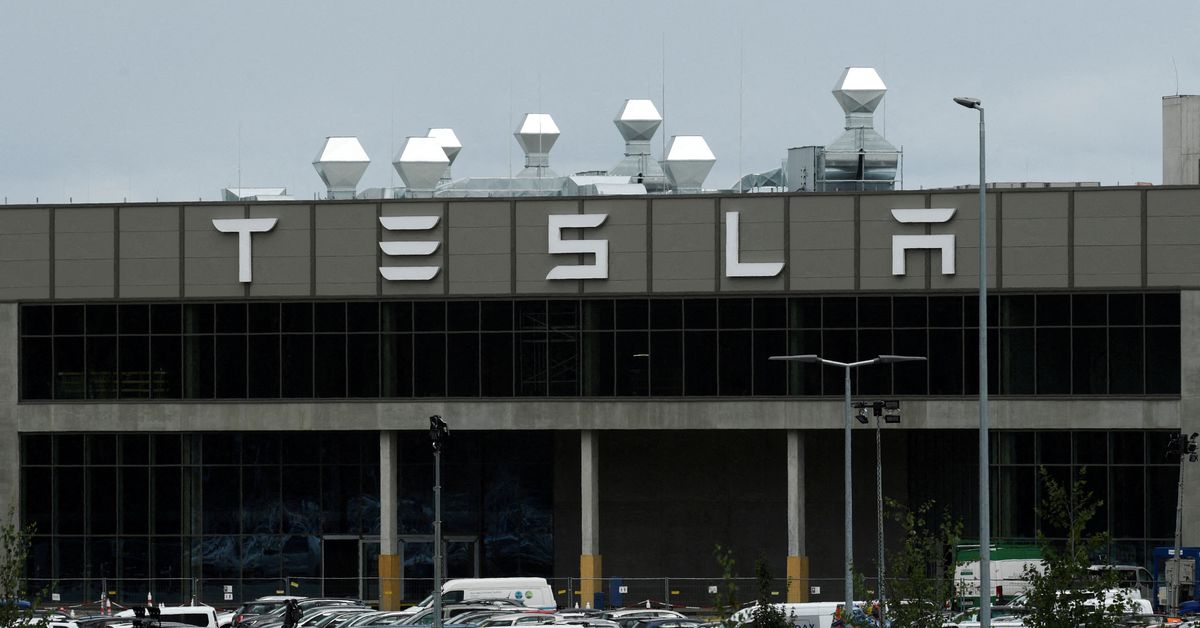 BERLIN, Jan 16 (Reuters) – Tesla (TSLA.O) has come under fire from German union IG Metall and politicians over allegations by workers of unreasonable working hours and fears over speaking out at its Brandenburg plant, with some calling for inquiries into the carmaker.

At its annual news conference, IG Metall, which has an office near the plant and says it is in regular contact with workers, said a growing number reported longer working hours with little free time.

Workers were also increasingly fearful about discussing their working conditions openly because of non-disclosure agreements they were told to sign along with their work contracts, IG Metall said.

A new role advertised on Tesla’s career website for a “Security Intelligence Investigator”, who will partner with legal and human resources departments to carry out “collection of on-the-ground information both within and beyond Tesla walls in order to protect the company from threats”, exacerbated these concerns.

“Workers started at Tesla with great enthusiasm for the project. Over time we are observing that this enthusiasm is withering,” Irene Schulz of IG Metall Berlin-Brandenburg-Sachsen said in a statement.

“Tesla is not doing enough to improve working conditions and is leaving too little time for leisure, family and recovery.”

Tesla China has also asked some staff to sign non-disclosure agreements, according to two sources with knowledge of the matter. Reuters found several people on LinkedIn with the title of “Security Intelligence Investigator” working for Tesla in Austin, San Francisco and Shanghai.

German business newspaper Handelsblatt reported on Monday that local politicians from the centre-left SPD to the centre-right CDU expressed concern about the allegations, calling for inquiries both by Tesla and the local government.

“The state government of Brandenburg must enforce occupational safety through close controls at Tesla,” Christian Baeumler of the Christian Democrats (CDU) said to Handelsblatt.

The Brandenburg government was not immediately available for comment.