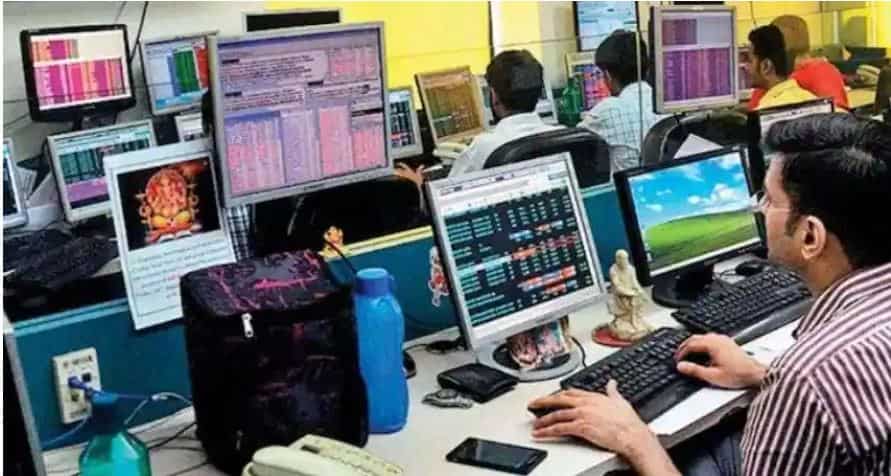 5 triggers that could impact markets:

2) Rupee Vs Dollar: The rupee pared initial gains and settled 21 paise lower at 81.59 against the US dollar on Monday, tracking a rebound in the greenback overseas and a muted trend in domestic equities, PTI reported. Forex traders said risk aversion in international markets and sustained foreign fund outflows weighed on investor sentiments. At the interbank foreign exchange market, the rupee opened on a positive note at 81.29 against the greenback, but pared the gains and fell to an intra-day low of 81.73. The domestic currency finally settled at 81.59, down 21 paise over its previous close.

“As the dollar index recovered from 101.76 to 102.52, USD CNH  from a low of 6.69 to 6.74, it was evident that market was buying dollars after a sell off from 104 levels,” Anil Kumar Bhansali, Head of Treasury
at Finrex Treasury Advisors LLP said. RBI stood between Rupee appreciation and did not allow it to rise beyond 81.23 after which oil companies came in to buy dollars and ensured Rupee weakened to 81.73 levels, he said.  The rupee is expected  to be in a range of 81.40 to 82.20  tomorrow, he further said.

A few companies also announced their quarterly earnings on Monday including Angel One, JSW Ispat and Tinplate Company of India among other. Expect specific action in these companies.

4) Trading Strategy: “The Nifty has been witnessing short term consolidation for the last few weeks. In terms of the price patterns, it has formed a triangle on the daily chart. Towards the end of the last week, the Nifty had formed a base near the lower end of the pattern. Consequently, the index took a leap on the upside & opened gap up on January 16,” Gaurav Ratnaparkhi, Head of Technical Research, Sharekhan by BNP Paribas said.

“However, the index stumbled near the upper end of the pattern & stayed back into the pattern. Till the time the index trades above 17800 on a closing basis, the pattern is eventually expected to break out on the upside. The Nifty will be set for a larger bounce, once it crosses the near term barrier of 18050,” Ratnaparkhi said.

Meanwhile, Rohan Patil, Technical Analyst, SAMCO Securities said that undecisive Nifty continues to trade in no trading zone. “Nifty-50 once again could not capitalised on its opening gains and continued to trade in a lower low lower high formation on the lower time frame,” Patil said.

“Prices are trading below its 9 & 21 EMA and the momentum oscillator RSI (14) is reading in a range between 50–35 levels. All these indicates that slow and steadily bears are tightening their grip on the market with increasing strength. The Triangle pattern on charts suggests Nifty is stuck in a No – Trading zone, unless it breaks above 18,150 or below 17,775 levels,” he further said.