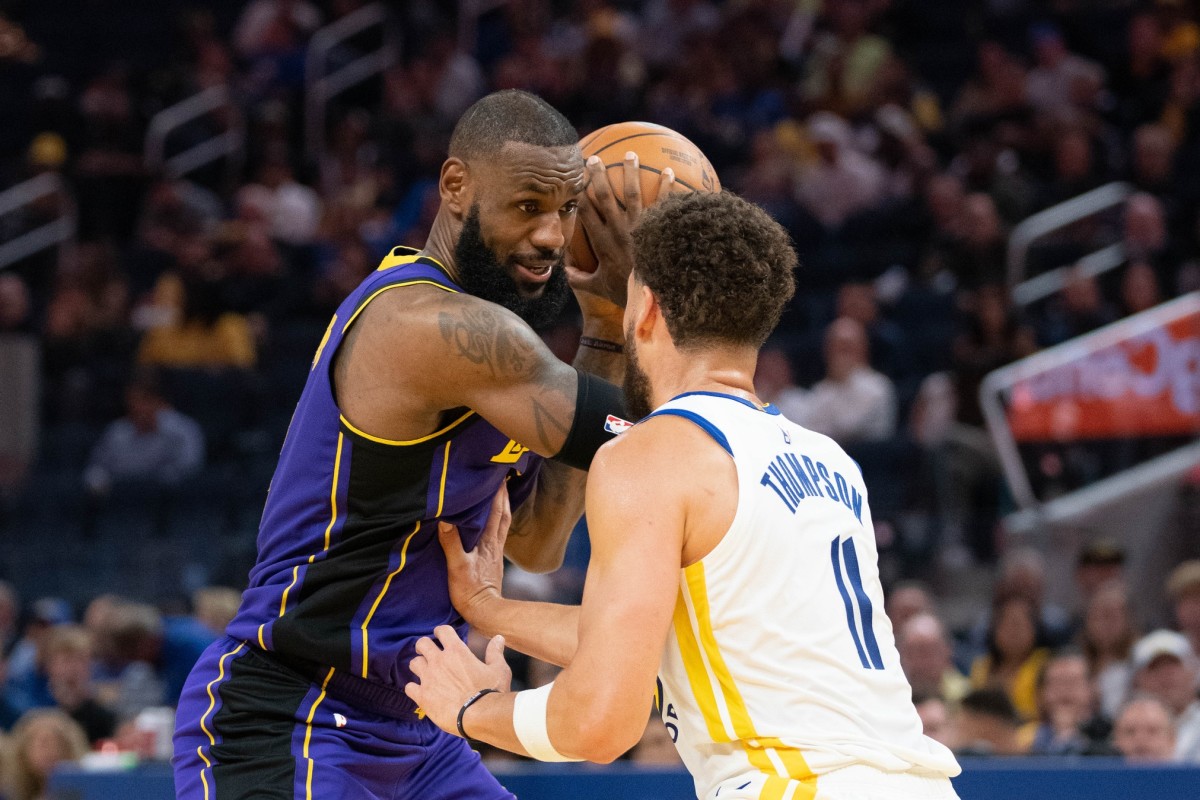 Perhaps the one move the league will not want to see is LeBron James playing for the Warriors. Speculation continues to rise of James leaving in a trade package at the end of the season so naturally pundits want to put the Warriors on the radar.

It’s a scary thought, but the Warriors will have to give up their depth in order to bring on the future Hall of Famer. Of course, there is no scenario where the Warriors will depart with Stephen Curry in this scenario so the two can finally play together on a real NBA roster.

Magic happens for James when he gets paired up with a shooter in the same realm as Curry (Ray Allen) so this is an idea the Warriors might be open to doing. With little signs of slowing down, a western conference executive gave his idea of how James to the Warriors can happen (via Heavy).

“If there is a bidding war going on at some point, the Warriors are in a great position because they can give you the young guys—(James) Wiseman or (Jonathan) Kuminga or (Moses) Moody, or (Pat) Baldwin, whoever the Lakers want. But you have to add either (Jordan) Poole or (Andrew) Wiggins, and that’s not easy. But if they want to win now, you can give up Poole if you are getting back LeBron, right? If they keep Draymond (Green) and come back with Steph (Curry), Klay Thompson, Draymond and LeBron, that would be a fun, fun team to watch.”

Even at his age and with his years in the league, any team would be happy to get James who has now shown any signs of slowing down. The records will continue to break, but James wants to continue adding rings to his already stacked resumé.