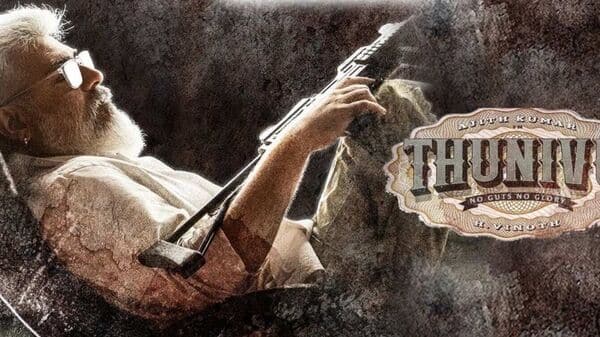 For those who are not from the South, it is difficult to imagine the kind of demigod status that big movie stars enjoy among their fans. There is an almost religious quality to the devotion which fans, who are often organised into well-organised fan clubs, lavish on their heroes. New releases are celebrated extravagantly, with the breaking of coconuts, garlanding of giant cut-outs and processions. Setbacks, too, receive an equally over the top reaction. When Kannada superstar the late Dr Raj Kumar was kidnapped by sandalwood smuggler Veerappan, Bengaluru went up in flames as angry fans went on the rampage demanding his immediate release. And when the late MG Ramachandran, arguably the first megastar of the south, fell ill, there were a spate of self-immolations by grief-stricken fans.

Amongst the current crop of big stars in the Tamil film industry, Ajith Kumar is arguably one of the biggest. Called “thala” (literally, “chief” or “boss”) by his fans, Ajith is a megastar in Kollywood, popular across all the southern states but enjoying demigod status in Tamil Nadu. He is an action hero so sure of his place in the hearts of his followers that he stopped bothering with cosmetic attempts to mask his age years ago. In his latest film Thunivu (translatable as ‘daring’ or ‘courage’), for instance, he appears with his natural salt-and-pepper hair and a snowy white beard.

Thunivu, which released over the Pongal weekend (the equivalent of a Diwali release for Bollywood or Salman’s Eid releases), collected ₹23 crore on the first day, despite going head-to-head with the new release of an equally big megastar, “thalapathy” (“General”) Vijay’s Vaarisu. A young Ajith fan even died in the extravagant processions fan clubs took out to celebrate the return of their favourite star to the big screen.

Given the massive response from fans, it is therefore doubly unfortunate that Ajith did not do some research of his own into what his character was saying in the film, or how director H. Vinoth had chosen to depict the actions of the baddies in the film. The ‘villains’ are a bunch of crooked bankers who are scamming gullible investors by running a crooked “mutual fund” which goes bust. Ajith then mounts an elaborate bank heist to rob the bank where the scammers have stashed their looted money.

So far, so formula, but the problem is the way mutual funds have been depicted in the movie. While collapses of unregistered alternative savings schemes like chit funds and gold savings schemes run by jewellers are pretty common (the stress here is on “unregistered”), it is unfortunate that the film has attempted to paint mutual funds, a well-regulated and trusted investment option for millions of middle-class savers, with the same brush. In fact, after the Harshad Mehta scam led to the breakup of the government-run Unit Trust of India and privately run mutual funds were allowed by markets regulator SEBI thirty years ago, there has not been a single known case of a mutual fund “disappearing” with investors’ money.

In fact, there are SEBI regulations in place on MFs ensuring these funds not only have to disclose their investment strategy, but actual deployment of the corpus in a regular manner. The fees that they can charge for this are also regulated and capped by SEBI. Mutual funds must disclose to investors that investments are subject to market risks.

That being the case, it is concerning that a megastar like Ajith mouths anti-MF lines in the film. For many fans, the line between the fictional and the real is often blurred. The reason that megastars have such a delirious following is that fans tend to attribute the heroic feats of their on-screen persona to the real-life actors who play those roles on screen. What they say – and do – on screen is not always viewed with the willing suspension of disbelief that mass entertainers call for.

Mutual funds, too, are very poorly represented. According to the Association of Mutual Fund Industries of India, while Maharashtra accounts for over 42 per cent of assets under management by MFs in India, Tamil Nadu accounts for just 4.2 per cent. Ajith’s actions in Thunivu are unlikely to help improve that number.