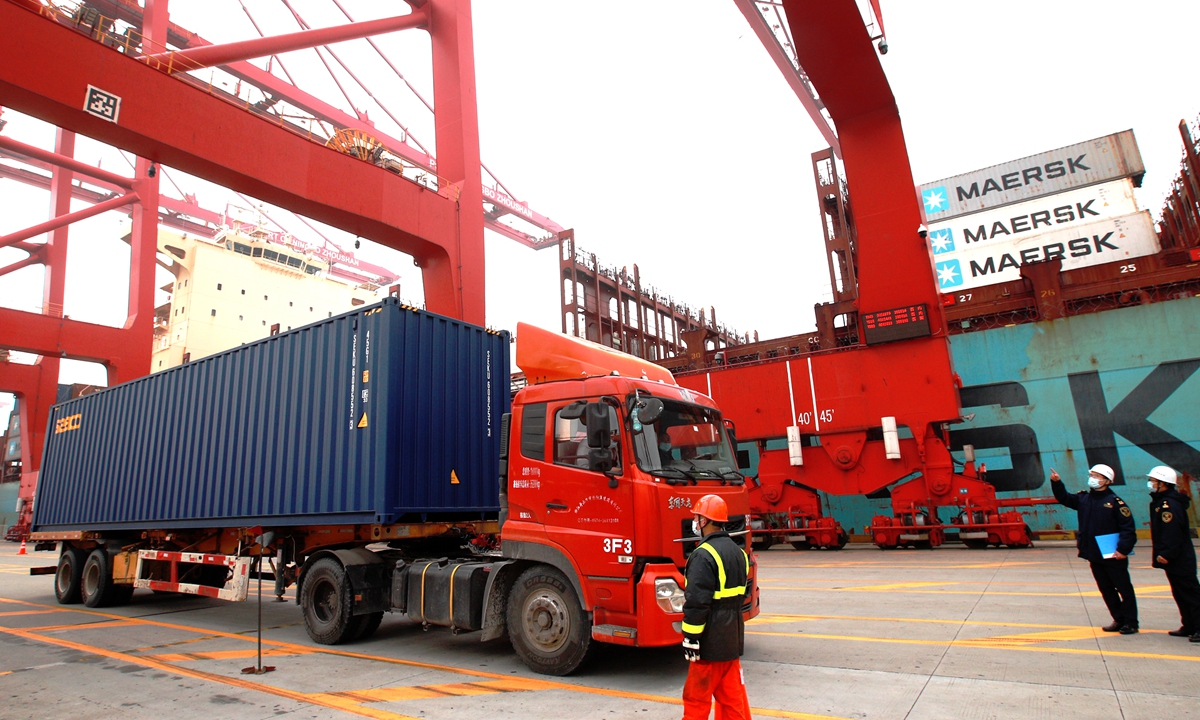 Traders and producers in East China’s Zhejiang Province, a barometer of the nation’s and the world’s trade situation, are gearing up for a potentially bullish year as China, after a three-year tough battle against COVID-19, lifts restrictions and strives for an economic recovery.

Local companies are increasing capacity and updating technology, while seeking new clients and markets via government-backed measures such as chartered flights and subsidies.

Ningbo, which has the world’s largest port in terms of cargo throughput, is ready for a rebound amid global challenges such as high inflation, the Russia-Ukraine conflict and weakening demand.

Walking in the streets of Ningbo, there is an orderly, unhurried pace of life as people are preparing for the upcoming Spring Festival in less than a week, while local factories have closed their doors after sending out the last batch of foreign trade goods.

But in Ningbo’s Commerce Bureau and the offices of foreign trade companies, everyone is still working hard, warming up for a busier year in 2023.

Fei helped organize the first batch of business chartered flights to Europe last July, which helped local businesspeople meet face-to-face with foreign partners and snap up potential orders for the first time in three years of epidemic restrictions. This new measure has set a good example for other cities nationwide.

But now he has no time to rest as more supporting measures are in preparation to bolster local companies, especially small- and medium-sized firms, which were hard hit by the epidemic.

The government plans more chartered flights this year, and other policies are also in place, such as subsidies of 20,000-30,000 yuan ($2970-4456) per company to attend exhibitions abroad, Fei told the Global Times on Monday. The new policies are expected to last until April.

“Businesspeople can meet their clients face-to-face using chartered flights, but that’s mostly for old clients. New ones have to be found through expos, which yield 70 percent of the new orders,” Fei said.

Other steps such as helping companies find new clients and providing them with more information about destination markets will come next, the Global Times learned.

The supporting measures have paid off, judging by customs data.

In 2022, Zhejiang’s total trade hit a record, and its export contribution rate was No.1 in China. Ningbo was a major contributor.

Ding Yandong, general manager of Rollmax shutter component Co, a local roller shutter component manufacturer, has witnessed the growth, which was backed up by the strong competitiveness of Chinese goods and government support.

Ding took two of the government-organized chartered flights last year – one in July and another in November – which helped his company make a million-dollar deal and maintain old business partnerships.

Chinese-made goods offer more value for money than those from other countries. A complete supply chain, especially in cities like Ningbo, offers clients a one-stop purchasing experience, Ding said.

Looking into the new year, there are both new opportunities and challenges.

Gu Weijun, general manager of Ningbo Huamao International Trading Co, told the Global Times on Monday that clients from the US and Europe, have gradually resumed orders and inquiries.

Gu’s business covers a wide range, from bulk commodities such as minerals and timber to machinery and daily commodities.

“We expect to maintain $25 million of goods for the US market, basically the same as last year, depending on market demand and other factors. The European market may expand about 15 percent year-on-year,” Gu said.

“This means that our trade with European clients will reach $27 million, exceeding the level before the epidemic,” she said.

Other challenges include rising competitiveness from some Southeast Asian countries and Turkey.