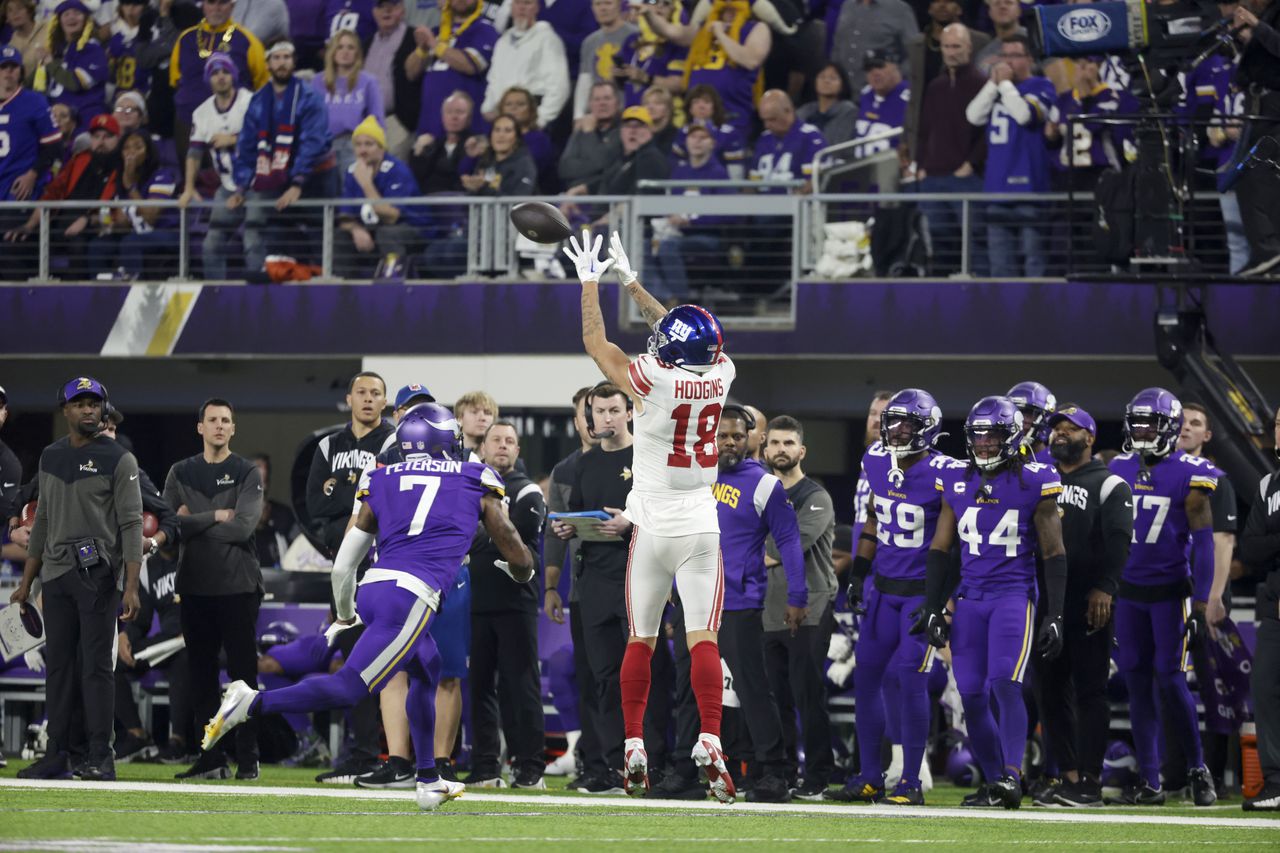 Justin Jefferson got the pre-game headlines. But Isaiah Hodgins was the post-game winner following Sunday’s NFC Wild Card Game between the Giants and Vikings.

New York shut down Minnesota’s leading man, holding him to 47 yards, while Hodgins emerged as quarterback Daniel Jones’ favorite target in the 31-24 win.

Hodgins led the Giants with nine targets, eight receptions and 105 yards. Oh, and don’t forget his 14-yard touchdown reception in the first quarter.

Hodgins could do a lot worse than Jeffery, who spent nine seasons in the NFL and helped the Philadelphia Eagles beat the New England Patriots in Super Bowl LII. Jeffery, who retired after the 2020 season, posted a pair of 1,000-yard seasons and earned a Pro Bowl nod in 2013 while with the Chicago Bears.

The 24-year-old Hodgins joined the Giants in November and played in eight regular-season games, posting 33 receptions for 351 yards and four touchdowns.

But with Sterling Shepard and Wan’Dale Robinson sidelined by ACL injuries, Kadarius Toney in Kansas City and Kenny Golladay in witness relocation (absent one touchdown reception and one huge block), Jones has been forced to lean on Hodgins, as well as Darius Slayton and Richie James.

And what did Jones do with that trio? He threw for 301 yards and two touchdowns while leading the team with 78 rushing yards. That prompted Jeremiah to tweet this observation: “Daniel Jones is making himself a lot of money this year.”

Want to bet on the NFL?

Jones will be a free agent this spring after the Giants declined their fifth-year option. And his price tag just keeps going up as the Giants get ready to visit the Eagles in the Divisional Playoffs. Per Giants PR:

Jones had the fifth 300-yard passing game in the postseason by a Giants quarterback. Kerry Collins and Eli Manning each had two.

Jones broke an 88-year-old record for the most rushing yards by a Giants quarterback in a playoff game. Ed Danowski set the previous record of 59 yards in the NFL Championship Game victory against the Chicago Bears on Dec. 9, 1934.

Thank you for relying on us to provide the journalism you can trust. Please consider supporting us with a subscription.

Mike Rosenstein may be reached at mrosenstein@njadvancemedia.com.