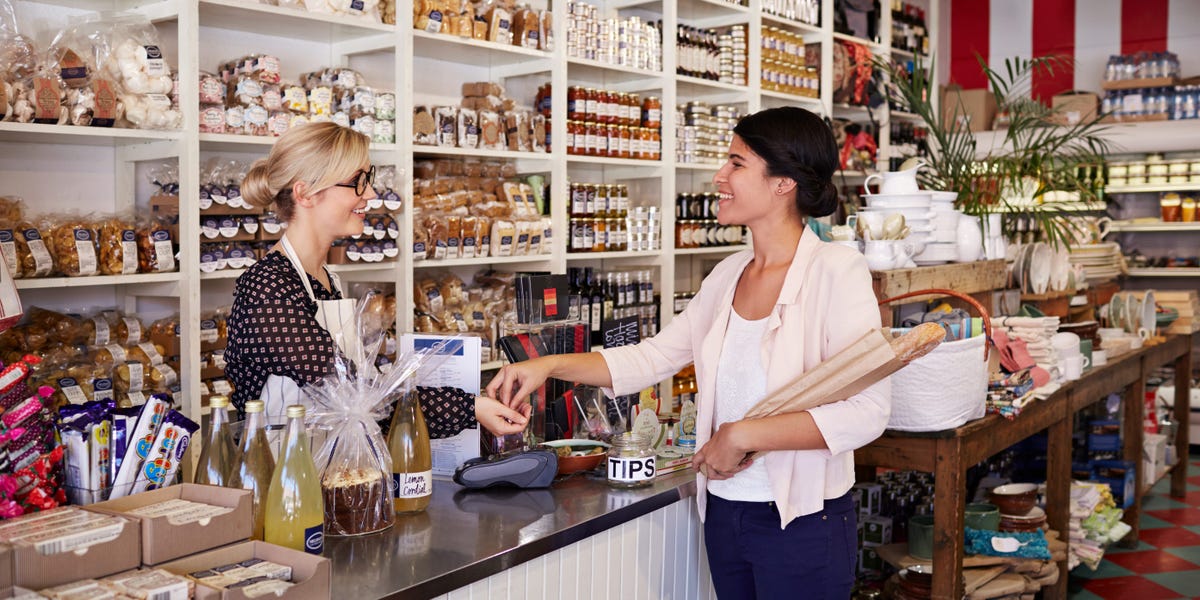 While large companies like Goldman Sachs, Amazon, and Salesforce are cutting staff this year, private firms with fewer employees are still hiring. Additionally, layoffs overall in the US are very low.

Robust job numbers are one reason that we’re not in a recession yet, as economists previously told Insider. The US added 223,000 jobs this past December and the unemployment rate shrank from 3.6% in November to 3.5%, according to Bureau of Labor Statistics data. And overall, there are lots of job openings waiting to be filled: 10.5 million in November.

Small businesses have seen their openings soar, compared to larger businesses, from where they stood before the pandemic. Bureau of Labor Statistics data on private-sector job openings show that the number of openings in businesses with 1 to 49 employees was 85% higher in November 2022 than in February 2020, much bigger than the 41% increase for companies with at least 1,000 employees.

While openings for small businesses are not as high as they were in spring 2022, there still are more openings in these kinds of businesses than big ones.

“The labor market is strong but fragmented, with hiring varying sharply by industry and establishment size,” Nela Richardson, chief economist of ADP, said. “Business segments that hired aggressively in the first half of 2022 have slowed hiring and in some cases cut jobs in the last month of the year.”

KPMG Chief Economist Diane Swonk told Marketplace Morning Report that many of the new business formations since 2020, powered by reduced barriers to entry, are firms that plan to hire.

“These are high quality businesses that could become bigger businesses down the road,’ she said. “That surge has accounted for more than half of the increase in new job openings.”

This was also detailed in a KPMG publication where Swonk wrote that “Lower barriers to entry with work-from-home, easier credit conditions and venture capital funding fueled that jump.”

To be sure, many of the factors that made it easier to start a business in 2020 and 2021, such as low interest rates and overflowing venture capital funding, have reversed. Business data from Gusto, a payroll and HR platform for small and mid-size businesses, shows that businesses aren’t hiring as much as they once were as they deal with a tough economy and a potential recession on the horizon.

“The US economy rounded out 2022 with a slowdown in employment growth from levels seen earlier in the year, and we saw that pullback among small and medium-sized businesses as well,” Luke Pardue, an economist at Gusto, said in a statement to Insider. “These businesses battled a triple whammy of economic forces – rising inflation, rising labor costs, and higher interest rates – all while competing with larger firms with more resources.”

“Importantly, however, we have seen firms react to these headwinds primarily by pumping the brakes on hiring, which fell from 5.5% in December 2021 to 4.5% last month, rather than increasing layoffs significantly, a hopeful sign that the economy can navigate this slowdown without entering an economic downturn,” Pardue added.

A small and midsize business CEO survey from Vistage shows that a majority of these CEOs reported they “plan to increase hiring in the year ahead” per a press release.

On the other hand, a Nationwide Agency Forward survey also found that some small businesses are thinking about pausing their hiring efforts while some have already done so.

Yet Swonk remains optimistic that small businesses will prevail.

“Although small businesses fail at a much higher rate than any other businesses out there, I have some hope in the traction that they’ve already gained,” she said.