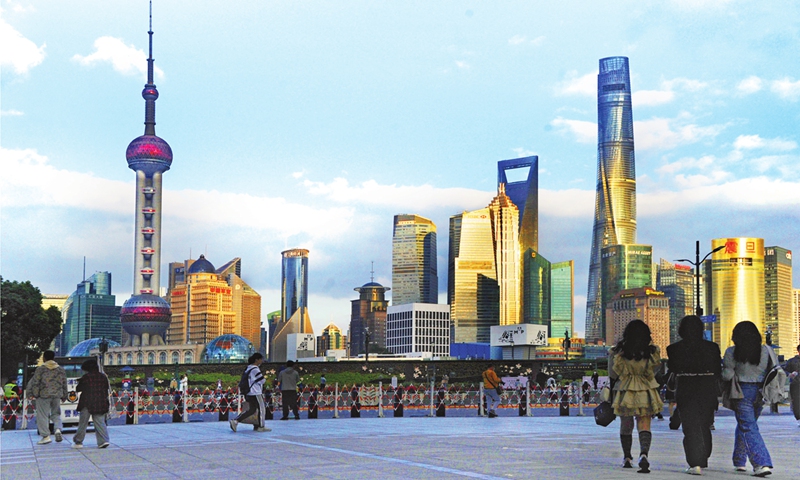 As the A-share market rebound buoyed by a swift economic reopening has elevated overseas investors’ enthusiasm, an expert projected on Sunday that more foreign financial firms will enter China in 2023, but it’s unlikely that there will be a surge due to fierce competition.

“China has always been important in Schroders’ global strategy and we are delighted to receive regulatory permission to establish a wholly foreign-owned public fund management company. It reinforces our confidence in continuing to scale up our business and investment presence in China,” Lieven Debruyne, global head of distribution of Schroders, was quoted as saying on the company’s website.

In addition, Standard Chartered Bank (China) recently completed its first Treasury bond futures transaction through accounts opened at a futures company. This means that the bank has become the first foreign bank to participate in the trading of treasury bond futures in China, according to a press release it sent to the Global Times on January 4.

“China welcomes foreign financial institutions with sound operations and good qualifications to participate in the Chinese market, and more foreign financial firms are expected to enter China at a steady pace in 2023 since competition in the market is fierce,” Dong Shaopeng, a senior research fellow at the Chongyang Institute for Financial Studies at Renmin University of China, told the Global Times on Sunday.

Given the expected rebound of the A-share market, foreign investors’ enthusiasm will increase and more money is expected to flow into the equities market, Dong said.

As of Friday, the amount of “northbound capital” – foreign money flowing into China’s A-share market through Hong Kong – exceeded 64 billion yuan ($9.55 billion) in the first two weeks of 2023, underscoring the attractiveness of Chinese market.

China has steadily accelerated opening-up to let foreign capital better tap the market. The country raised the cap on the ratio of foreign shareholding in securities and fund management firms to 51 percent in 2018, and scrapped that limitation in April 2020.

The foreign financial institutions’ expansion in China reflects their confidence in the recovery and the long-term sustainable growth of the Chinese economy, Dong said.

China’s GDP growth is expected to rebound to 4.9 percent in 2023, on the back of a consumption recovery and a stabilizing real estate sector thanks to a fast economic reopening, UBS economists led by Wang Tao wrote in a research note sent to the Global Times on Friday.

According to Economic Outlook 2023 by Standard Chartered, tight monetary policies will likely push the US and eurozone economies into recession in the first half this year.

The bank projected that China will be an important driver of global recovery in 2023, saying that economic reopening should also increase the effectiveness of other policy initiatives such as stimulus programs, lending quotas and credit support measures, providing a boost to growth.