It’s no surprise energy stocks have been the best-performing sector in the past few years. Long before Russia invaded Ukraine, energy prices were rising. Although the situation has eased some in recent months, there is no reason to doubt that energy will continue to be a strong performer for years to come.

Here in the U.S., for example, the last refinery with significant downstream capacity was built in 1977, though smaller refineries and expanded capacity have come online since. In Europe, stringent power generation regulations forced the closure of half of all coal-fired power plants, until Russia turned off the gas. It relied upon petroleum sources for 35% of its energy production, with another 24% coming from natural gas. Renewables only accounted for 17% of the total.

It’s clear fossil fuels will need to be an integral part of the energy equation for years, if not decades, to come. That’s why the following three energy stocks should be a part of your portfolio. 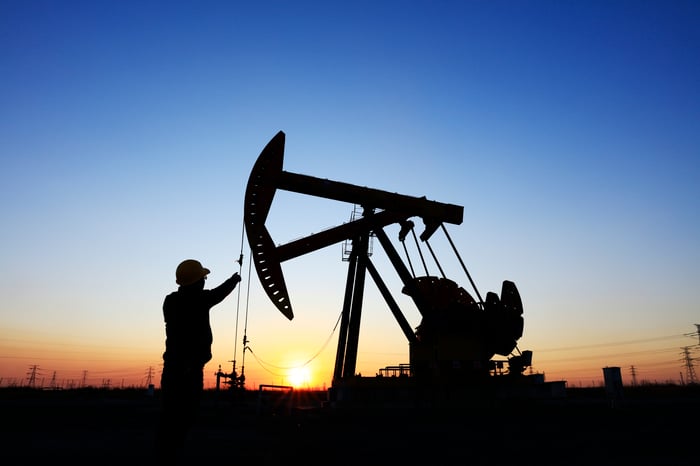 One of the world’s largest and best-run integrated energy companies is Chevron (CVX 0.27%), which engages in the exploration, production, and refining of oil and natural gas, as well as the marketing and distribution of fuel products. While several of its rivals had to take massive writedowns from their withdrawal from Russia following its invasion, Chevron was much less exposed and had no E&P exposure, though it was an investor in the government-owned Caspian Pipeline Consortium.

Most of the energy stock’s earnings, though, are derived from assets located in international markets where the energy crisis from Russia shutting down gas deliveries has kept prices elevated. Yet Chevron has said that even if oil tumbles back down to the $50-per-barrel level (essentially its break-even price), it would still be able to maintain its dividend and continue buying back shares.

Chevron has a strong portfolio of assets, which includes large, long-life oil and natural gas fields, as well as refining and marketing operations. These assets provide a stable, long-term revenue stream for the company. In turn, the oil and gas stock has paid a dividend for years without fail and has hiked the payout every year for 35 years, making it a strong candidate for future increases.

At 10 times earnings, a fraction of its expected earnings growth rate, and just 13 times the free cash flow it produces, Chevron stock is a cheap bet on the future demand for oil and gas.

Like Chevron, ExxonMobil (XOM -0.06%) is an energy titan with a nearly $450 billion market cap, and it, too, has a strong track record of profitability and cash flow generation. Even during periods of low oil prices, its diversified business operations and its focus on cost control have allowed it to maintain its operations and dividend payments. Last month it announced a new corporate plan to launch a massive $50 billion stock buyback program.

While its current stock price of around $110 a share would mean Exxon would be paying near-record prices for its shares, at just 9 times earnings and 10 times its free cash flow, the integrated oil and gas giant is getting a bargain basement price for the stock.

And Exxon is not standing still. It plans on spending between $20 billion and $25 billion a year on capital expenditures to keep production at roughly 3.7 million barrels of oil equivalent a day next year. Using an assumed price of $60 a barrel, Exxon believes profits and cash flows will double by 2027. West Texas Intermediate currently goes for around $76 a barrel, and Brent crude for $80 a barrel.

With a 40-year history of raising its dividend, investors can expect many years of capital appreciation and income-generating growth. 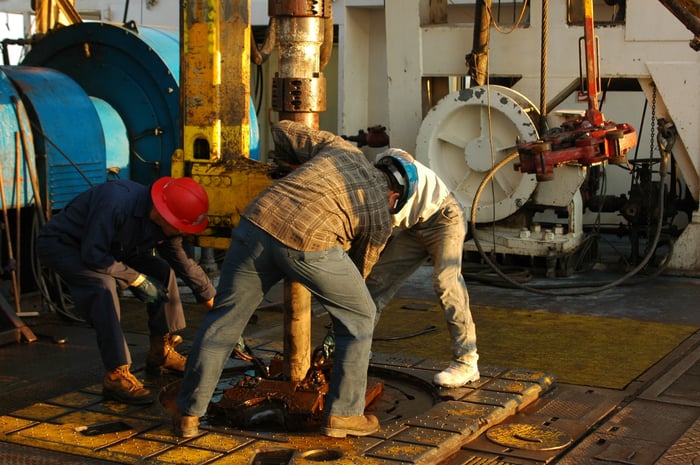 Rounding out the triumvirate of top energy stocks, Warren Buffett favorite Occidental Petroleum (OXY -0.65%) should also be a top consideration of investors. Buffett’s Berkshire Hathaway has received permission to buy up to half of Occidental’s outstanding shares.

The large, independent oil and natural gas E&P company has been investing in assets in the U.S., Middle East, Africa, and Latin America that have lower production costs and lower decline rates, which increases the company’s resilience against oil price volatility.

It does have a midstream component as well to help move energy from the wellhead to the market, though its long-term goal is to be an industry leader in low-carbon production through carbon capture technologies and sequestration.

While Occidental is spending less than Exxon on capital expenditures, about $3 billion  through the first three quarters of the year, it has been using its money to pay down what had been an exorbitant amount of debt accumulated from acquisitions. It continues to drive toward that goal of growing cash flows, further cutting debt, and paying a sustainable and growing dividend. It hiked the payout by 1,200% last year.

On Occidental’s second quarter conference call, CEO Vicki Hollub said investors should expect “gradual and meaningful” future dividend increases, with the energy company returning as much as $4 per share to shareholders this year through a combination of dividend payments and buybacks. However, Hollub also did say she didn’t anticipate the dividend returning to its prior peak.

Still, at a shocking 5 times earnings and free cash flow, Occidental Petroleum is another deeply discounted bargain ripe for the picking.