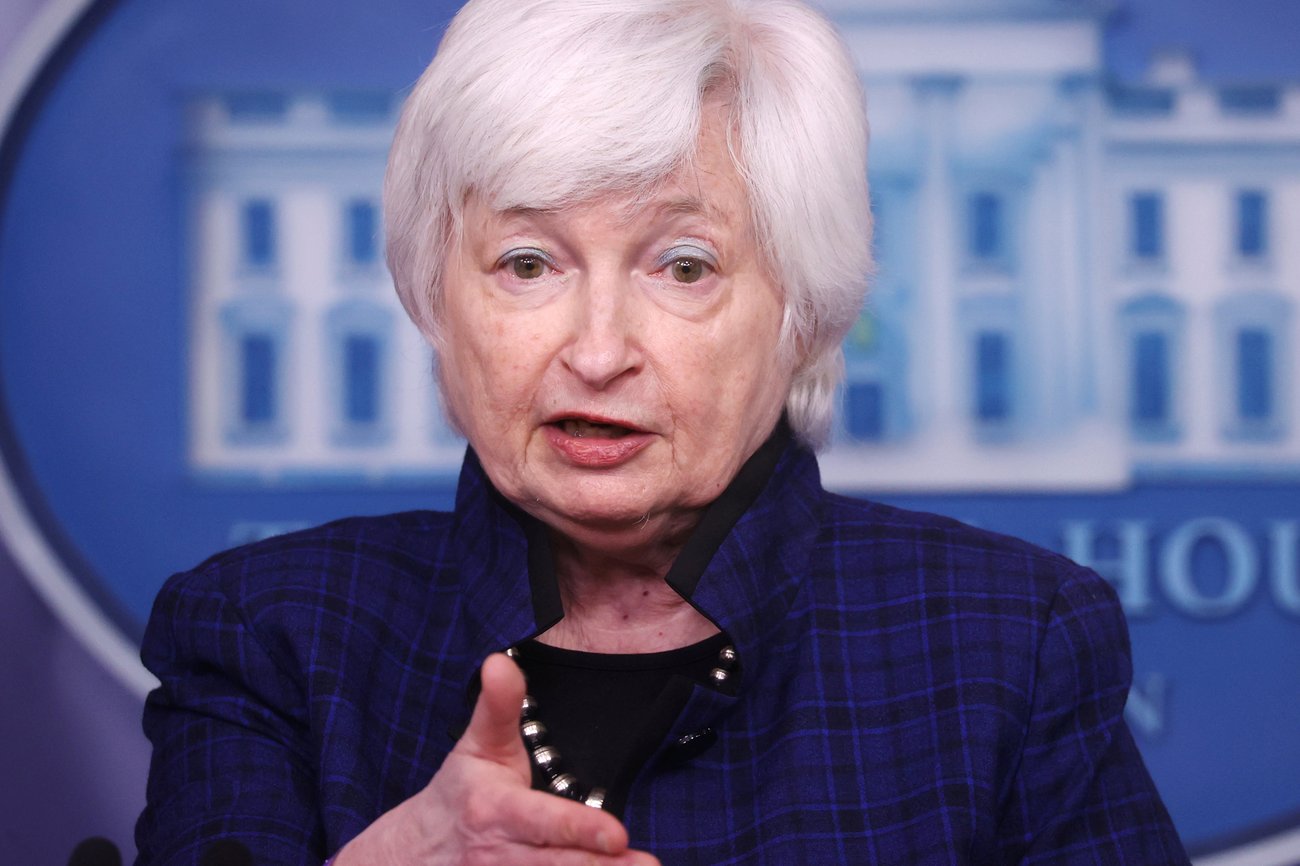 Yellen Sounds the Alarm on the Debt Ceiling

Treasury Secretary Janet Yellen said Friday that her department will need to start taking “extraordinary measures” in just a few days in order to avoid breaching the limit on the national debt, signaling a new level of intensity in the potentially calamitous battle over the need to raise the federal debt ceiling.

“I write to inform you that beginning on Thursday, January 19, 2023, the outstanding debt of the United States is projected to reach the statutory limit” of $31.381 trillion, Yellen said in a letter to congressional leaders, including Speaker Kevin McCarthy (D-CA), who negotiated a deal with House GOP conservatives that could make it harder to raise the debt limit. “Once the limit is reached, Treasury will need to start taking certain extraordinary measures to prevent the United States from defaulting on its obligations.”

Those measures will include suspending investments in the retirement funds of federal civil servants and postal workers, Yellen said, noting that Congress has granted the Treasury the legal authority to make such moves, with the retirement funds to be made whole once the dispute over the debt limit is resolved.

Yellen said the measures would provide headroom for payments for a limited amount of time, though it is uncertain for exactly how long, with much depending on the flow of outgoing payments and incoming revenues over the coming months. It is unlikely that the Treasury would run out of cash before June, Yellen added.

A plea to act quickly: “It is … critical that Congress act in a timely manner to increase or suspend the debt limit,” Yellen wrote. “Failure to meet the government’s obligations would cause irreparable harm to the U.S. economy, the livelihoods of all Americans, and global financial stability.”

Yellen noted that previous showdowns over the debt limit have caused real harm, including a downgrading of the nation’s credit rating in 2011. And she reminded the leaders that, “Increasing or suspending the debt limit does not authorize new spending commitments or cost taxpayers money. It simply allows the government to finance existing legal obligations.”

“I respectfully urge Congress to act promptly to protect the full faith and credit of the United States,” Yellen concluded.

A matter of conditions: House Republicans are expected to use the debt ceiling to demand reforms, using the threat of default as leverage to win reductions in government spending. The new rules package passed by the House this week explicitly makes the connection between the debt limit and possible spending cuts, and Republicans have been discussing their options on a topic they say is vital. “One of the greatest threats we have to this nation is our debt,” McCarthy told Fox News earlier this week.

The White House has rejected the GOP approach, calling on lawmakers to work on a bipartisan basis to raise the debt ceiling directly. “This is not political gamesmanship,” Press Secretary Karine Jean-Pierre said Friday. “This should be done without conditions.”

Jean-Pierre also poured cold water on the idea that the White House was interested in making a deal on the issue, as McCarthy said earlier this week that he wants to do. “[W]e will not be doing any negotiation over the debt ceiling,” she said, “it’s not and should not be a political football.”

Rep. Brendan Boyle (PA), the top Democrat on the House Budget Committee, said it is “enormously concerning” that the Treasury has hit the debt limit so soon, and called on Republicans to step back from their confrontational stance on the issue. “Defaulting on the full faith and credit of the United States should never be an option, and I am tired of Republicans thinking it’s acceptable to use our economy as a political hostage to try and force an extremist and deeply unpopular agenda,” Boyle said in a statement. “Republicans need to do the right thing and come to the table to raise the borrowing limit before it’s too late — before our economy and millions of American jobs have been put at risk.”

Shai Akabas, director of economic policy at the Bipartisan Policy Center, said that there is still time to work things out. “Today’s notification from the Treasury Department is notable, but not cause for panic,” he said. “It is, however, time for both parties to get serious about negotiations.”

How the talks could play out: With tensions rising, Bloomberg’s Erik Wasson and Mike Dorning considered some potential scenarios for how the showdown over the debt ceiling could play out.

The confrontation that occurred between the Obama White House and congressional Republicans in 2011 — when lawmakers adopted budget caps and formed a committee to consider fiscal reforms after a showdown that resulted in the first and only downgrade of the nation’s credit rating — could provide a framework to imitate.

Another option would be for Democrats to use a legislative procedure called a discharge petition to force a vote in the House on raising the debt ceiling without conditions, though success would require the cooperation of at least a half-dozen Republicans.

A third option would be for the Senate to lead the way in forging a comprise that is acceptable to both parties, one that would likely combine a debt ceiling hike with some kind of measure that addresses the size of the debt.

There are other options, as well, though many — including the plan to mint a trillion-dollar coin that would effectively retire the debt, or the plan to simply ignore the debt limit, since there is no enforcement mechanism to enforce it — seem unlikely to come into play.

Whichever path lawmakers opt to take, most (though not all) analysts doubt at this point there will be a default. But there is a good chance that negotiators will push hard and take the confrontation down to the wire. “History would suggest this is going to go right up to the last minute, with all the drama that comes with it,” Bill Hoagland of the Bipartisan Policy Center told Bloomberg.

House members can now claim reimbursement for meals, lodging and incidentals when they are in Washington, D.C. on official business, according to a rule change made late last year when Democrats still controlled the chamber. The House’s chief administrative officer notified members of the change Tuesday, as first reported by Bloomberg Government.

Rank-and-file House members get salaries of $174,000 a year and last received a raise in January 2009. But the new reimbursement rule “could amount to a subsidy of about $34,000 per member this year, according to an estimate based on current government reimbursement rates,” The New York Times says.

The House Administration Committee, which approved the new policy, noted that many lawmakers who serve in the nation’s capital must carry the costs of two homes. “While $174,000 is much more than the median household income, members must also maintain homes in both their districts and in Washington, D.C, which ranks in the top ten most expensive U.S. cities for renters,” the committee said in its bipartisan December report. “And unlike their counterparts in the executive branch and private sector, members do not receive a per diem or reimbursement for their out-of-pocket living expenses when they are at work in Washington.”

Some lawmakers, particularly younger ones, that the costs involved mean only the rich can afford to serve in Congress. But some congressional aides reportedly are concerned that the additional reimbursements for lawmakers could eat into more than $35 million in new money for congressional office budgets provided by last month’s omnibus spending bill.