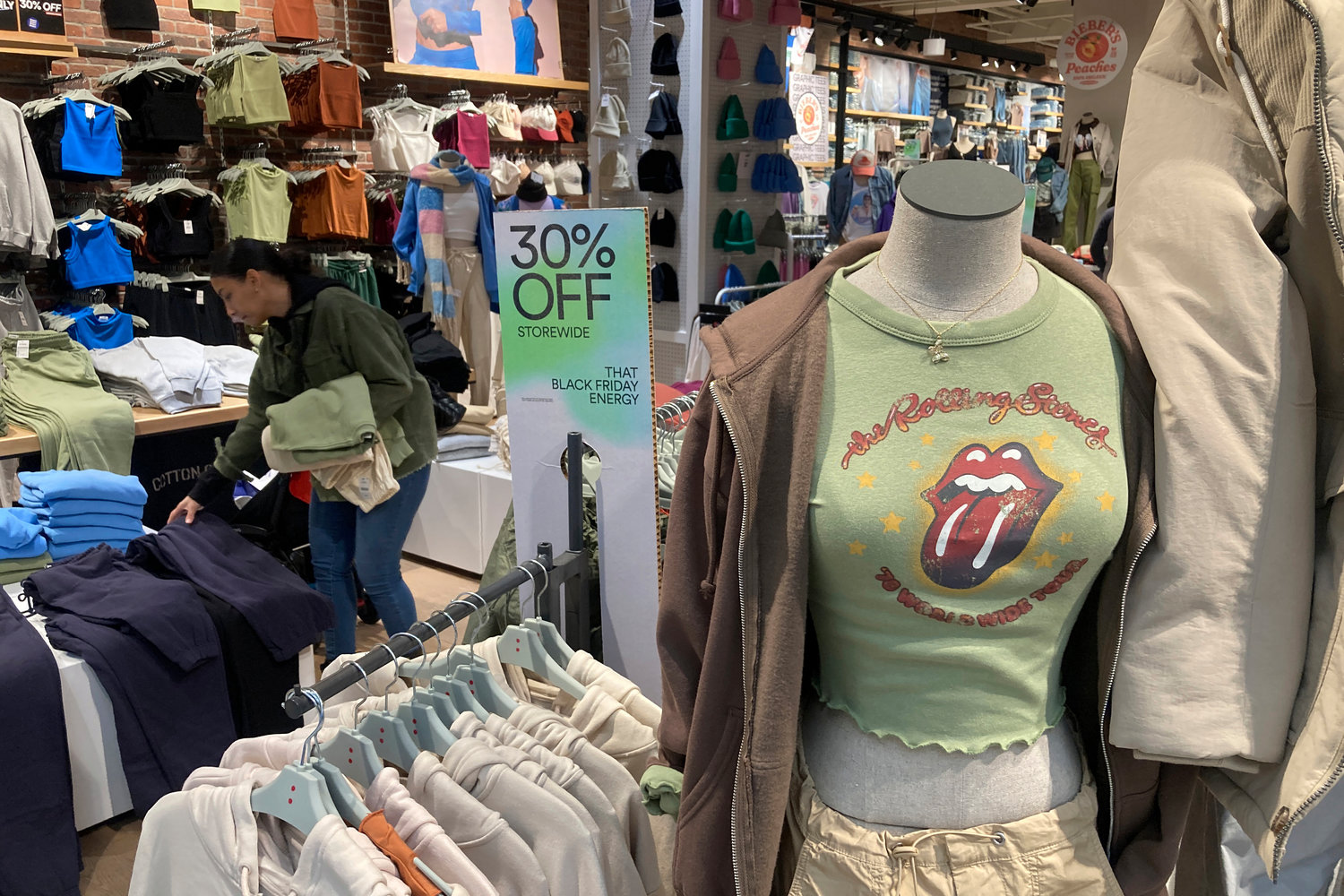 WASHINGTON — Rising U.S. consumer prices moderated again last month, bolstering hopes that inflation’s grip on the economy will continue to ease this year and possibly require less drastic action by the Federal Reserve to control it.

Inflation declined to 6.5% in December compared with a year earlier, the government said Thursday. It was the sixth straight year-over-year slowdown, down from 7.1% in November. On a monthly basis, prices actually slipped 0.1% from November to December, the first such drop since May 2020.

The softer readings add to growing signs that the worst inflation bout in four decades is steadily waning. Gas prices, which have tumbled, are likely to keep lowering overall inflation in the coming months. Supply chain snarls have largely unraveled, which is helping reduce the cost of goods ranging from cars and shoes to furniture and sporting goods.

December’s lower inflation reading makes it likelier that the Fed will slow its interest rate hikes in the coming months. The Fed may raise its benchmark rate by just a quarter-point at its next meeting, which ends Feb. 1, after a half-point increase in December and four three-quarter point increases before that.

Fed officials have signaled that they intend to boost their key rate above 5%, a move that would likely keep mortgage rates high, along with the costs of auto loans and business borrowing. The Fed’s higher rates are intended to slow spending, cool the economy and curb inflation.

If inflation continues to ease, the Fed could suspend its rate hikes after that, some economists forecast, or implement just one more hike in March and then pause. Futures prices show that investors expect the Fed to then cut rates by the end of the year, though minutes from its December meeting noted that none of the 19 policymakers foresee rate cuts this year.

“If the actual inflation is trending downward, the Fed can take more comfort that it’s landed the economy in a good place,” said Daleep Singh, chief global economist at PGIM Fixed Income and a former Fed staffer. Singh expects the Fed to raise its benchmark rate by a quarter-point at each of its next two meetings and then stop with its key rate just below 5%.

Excluding volatile food and energy costs, so-called core prices rose 5.7% in December from a year earlier, slower than 6% in November. From November to December, core prices increased just 0.3%, after rising 0.2% in November. In the past three months, core inflation has slowed to an annual rate of just 3.1%.

Even as inflation gradually slows, it remains a painful reality for many Americans, especially with such necessities as food, energy and rents having soared over the past 18 months.

Grocery prices rose 0.2% from November to December, the smallest such increase in nearly two years. Still, those prices are up 11.8% from a year ago.

Behind much of the decline in overall inflation are falling gas prices. The national average price of a gallon of gas has sunk from $5 in June to $3.27 as of Wednesday, according to AAA.

Also contributing to the slowdown are used car prices, which fell for a sixth straight month in December. New car prices declined, too. The cost of airline tickets also dropped.

Last week’s jobs report for December bolstered the possibility that a recession could be avoided. Even after the Fed’s seven rate hikes last year and with inflation still high, employers added a solid 223,000 jobs in December, and the unemployment rate fell to 3.5%, matching the lowest level in 53 years.

At the same time, average hourly pay growth slowed, which should lessen pressure on companies to raise prices to cover their higher labor costs.

“The evidence that the U.S. economy may skirt recession is mounting,” Singh said.

Another positive sign for the Fed’s efforts to quell inflation is that Americans overall expect price increases to decline over the next few years. That is important because so-called “inflation expectations” can be self-fulfilling: If people expect prices to keep rising sharply, they will typically take steps, like demanding higher pay, that can perpetuate high inflation.

On Monday, the Federal Reserve Bank of New York said that consumers now anticipate inflation of 5% over the next year. That’s the lowest such expectation in nearly 18 months. Over the next five years, consumers expect inflation to average 2.4%, only barely above the Fed’s 2% target.