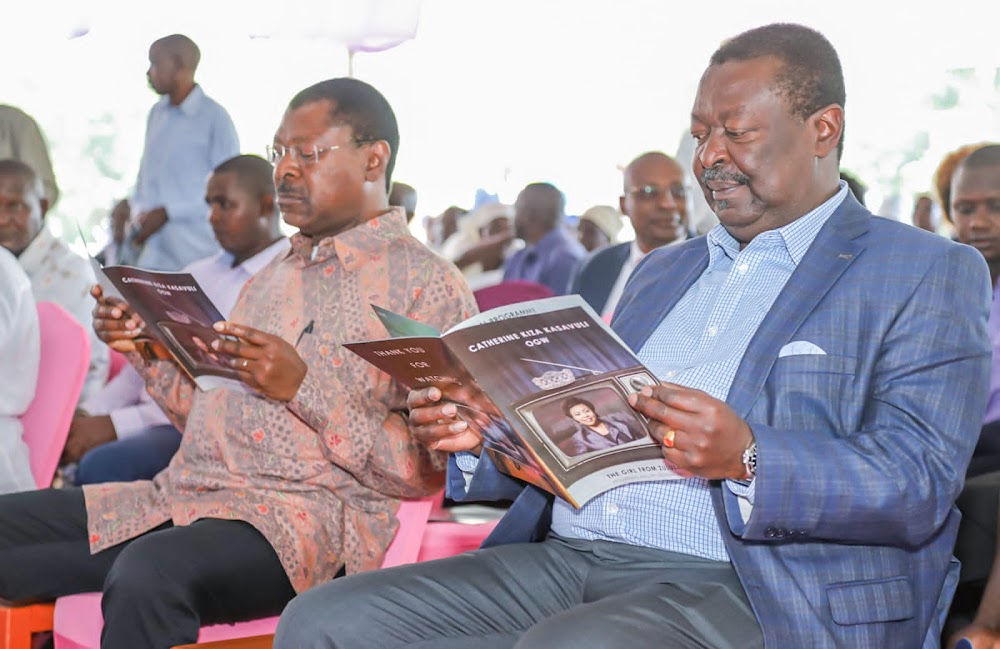 Prime Cabinet Secretary Musalia Mudavadi has affirmed that the government will continue to support and further improve on the already existing initiatives towards addressing the rising cancer burden in the country.

Mudavadi said the government is working round the clock to ensure more resources are channeled towards supporting the health sector with a focus on directing enough resources towards fighting diseases that are a lead cause of deaths in Kenya, cancer being among the top killer on the list.

“Cancer is a slow, painful, and expensive disease that impoverishes families when it strikes. It can strike you anytime and it can harm you anywhere when it strikes,” Mudavadi said.

He spoke on Saturday when he attended the funeral service of the late veteran journalist, Catherine Kasavuli at her rural home in Zululu, Tigoi in Vihiga county.

Kasavuli succumbed to cervical cancer on December 29, 2022 while undergoing treatment at the Kenyatta National Hospital.

“It therefore calls for collaboration and collective efforts from the government, private partners, donors and citizens to rally together and see how well do we inject resources in our health sector to mitigate the burden and suffering that cancer brings to families and individuals,” the Prime CS said.

Mudavadi said the government is also working on a strategic plan to immediately and quickly roll out universal and affordable healthcare services to all Kenyans as part of fulfilling its campaign pledges to Kenyans.

While noting that quality, affordable healthcare is the foundation for individuals to lead productive and fulfilling lives, Mudavadi said that supporting the health sector is key towards the realisation of strong economies.

“Universal health care underpins a supportive plan by government and other players in the health sector towards ensuring that people have access to the health care they need without suffering financial hardship. This is the step that we want to undertake as a country to ensure that all Kenyans can walk into a health facility and be treated without being strained so much financially.

National Assembly Speaker Moses Wetang’ula who also attended the burial service regretted that cancer has continued to subject many families to untold suffering.

“When cancer hits one of your family members, it is when you realise that this disease is a monster. When you read about it you might think it is just like any other disease but in reality, cancer is an indiscriminate killer,” Wetangula said.

In Kenya, cancer is rated as the third leading cause of death after infectious and cardiovascular diseases.

The five most common cancers in Kenya are breast, cervical, prostate, esophageal and colorectal.

The leading cause of cancer deaths in Kenya is cervical, followed by breast, esophageal, colorectal, and prostate cancers.

The late Kasavuli who died aged 60 after a long battle with cervical cancer was eulogised as a national asset and heroine who amassed great following and admiration throughout her career.

She was celebrated as one who has left an indelible mark in the society.

Kasavuli will be remembered as the first female news anchor in Kenya having worked in several media houses including the Voice of Kenya (now The Kenyan Broadcasting Corporation-KBC), Citizen Television, and Kenya Television Network, KTN.

She is survived by a son, Martin Kasavuli.

Her remains were interred at her Tigoi home in Zululu village, Vihiga constituency, Vihiga county.