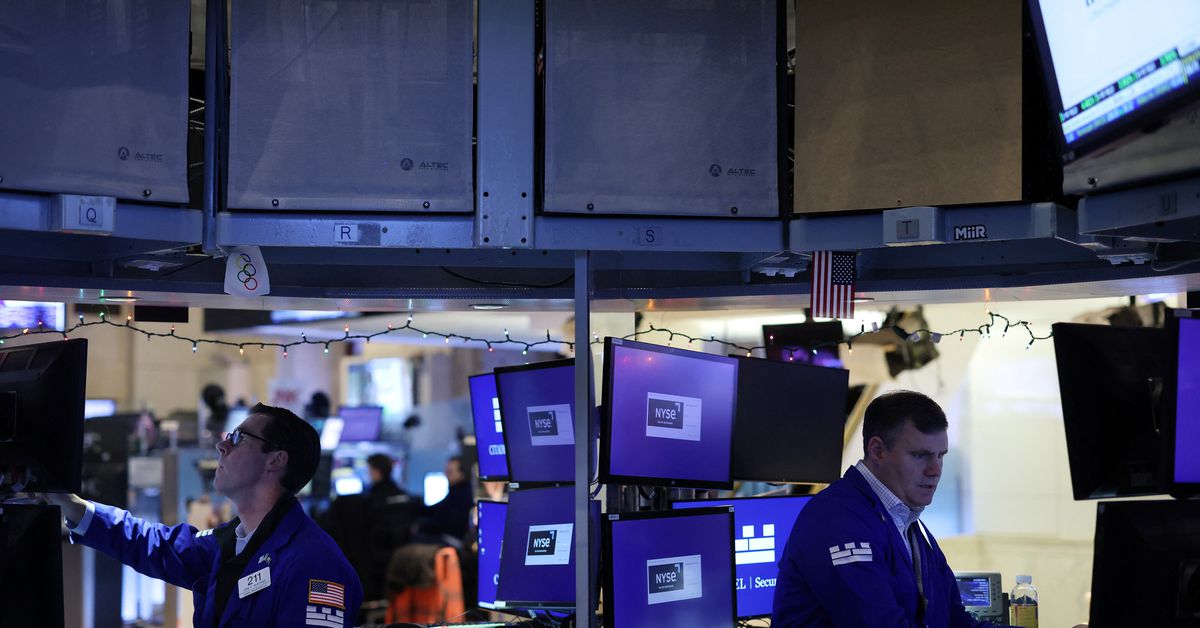 NEW YORK, Jan 13 (Reuters) – The S&P 500 and Nasdaq finished at their highest levels in a month on Friday, with shares of JPMorgan Chase and other banks rising following their quarterly results, which kicked off the earnings season.

All three major indexes also registered strong gains for the week, leaving the S&P 500 up 4.2% so far in 2023, and the Cboe Volatility index (.VIX) – Wall Street’s fear gauge – closed at a one-year low.

On Friday, financials (.SPSY) were among sectors that gave the S&P 500 the most support.

Strategists said investors will be watching for further guidance from company executives in the coming weeks.

“This has shifted the focus back to earnings,” said Peter Tuz, president of Chase Investment Counsel in Charlottesville, Virginia.

“Even though the earnings were basically OK, people are just kind of stepping back, and you’re going to see a wait-and-see attitude with stocks” as investors hear more from company executives.

Year-over-year earnings from S&P 500 companies are expected to have declined 2.2% for the quarter, according to Refinitiv data.

Also giving some support to the market Friday, the University of Michigan’s survey showed an improvement in U.S. consumer sentiment, with the one-year inflation outlook falling in January to the lowest level since the spring of 2021.

The U.S. stock market will be closed Monday for the Martin Luther King Jr. Day holiday.

Thursday’s Consumer Price Index and other recent data have bolstered hopes that a sustained downward trend in inflation could give the Federal Reserve room to dial back on its interest rate hikes.

Money market participants now see a 91.6% chance the Fed will hike the benchmark rate by 25 basis points in February.

Among the day’s decliners, Tesla (TSLA.O) shares fell 0.9% after it slashed prices on its electric vehicles in the United States and Europe by as much as 20% after missing 2022 deliveries estimates.

In other earnings news, UnitedHealth Group Inc (UNH.N) shares rose after it beat Wall Street expectations for fourth-quarter profit but the stock ended down on the day.

Volume on U.S. exchanges was 10.77 billion shares, compared with the 10.81 billion average for the full session over the last 20 trading days.

Advancing issues outnumbered declining ones on the NYSE by a 1.79-to-1 ratio; on Nasdaq, a 1.78-to-1 ratio favored advancers.