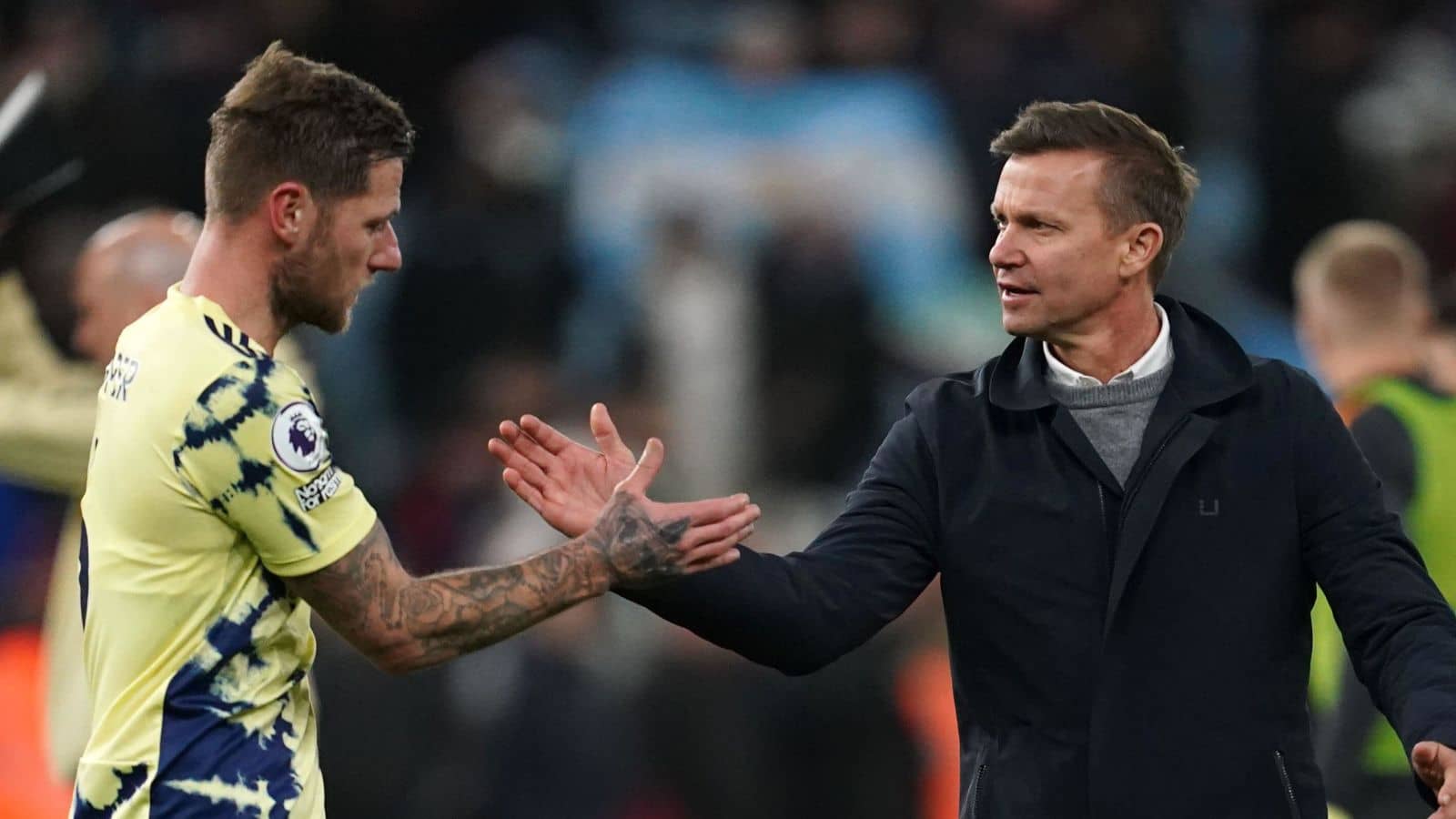 Leeds United manager Jesse Marsch insists he is not feeling any pressure after supporters called for him to be sacked as his side were beaten 2-1 at Aston Villa on Friday night.

The Whites went into the contest sat in 14th place, just two points clear of the relegation zone. However, goals from Leon Bailey and Emi Buendia saw his side fall 2-0 down, before Patrick Bamford’s first goal in 13 months set up a frantic finish. But Unai Emery’s side held on to record a win which many felt was harsh on Marsch’s side.

Indeed, Leeds had been the better side for much of the contest. Having gone down to Bailey’s third-minute strike, they then went on to dominate the half, seeing a Rodrigo goal ruled out for a tight offside.

It was a similar story in the second, though Buendia’s goal, against the run of play, left Leeds with all to do.

And they could not rescue the situation as Leeds’ miserable record was extended to just two wins in 17 matches. They have also conceded at least two goals in four of their five games since the resumption from the World Cup.

And while plenty of supporters are now calling for Marsch to be sacked, the man himself is adamant he is not feeling the pressure. Claiming the performance at Villa was the ‘best since he arrived’, the American is also adamant that Leeds are not in relegation danger.

Asked if he is fearful, he replied: “I’m focused entirely on our team. I understand the pressures which come with the expectation at a club like Leeds. I’m more positive than I’ve ever been since I’ve been here.

“When the team doesn’t win the coach is always going to take the heat but I can handle that.”

Marsch insists Leeds are not in relegation danger

The defeat means Leeds could end the weekend in the relegation places if other results go against them.

Yet Marsch is adamant his side are heading in the right direction. Moreso, he has batted away fears of the drop.

“There’s no panic, it’s really trying to kick start the way we want to play,” he added. “If we do that we have enough quality and intelligence to achieve our goals.

“In sport sometime you can be on top and lose. This is our most complete performance since I’ve been here and the best example of the way I believe the team can play. I’m in a positive place with our group.

Asked directly about the threat of relegation, he continued: “We’re not [in danger]. We’re not we’re not even halfway through the season.

“I know people don’t want to hear this but it does sometimes take time. It’s always about results. But I know if we play like this, we’ll get results much more often than we have.”

Asked by The Athletic’s Phil Hay why it is such a struggle to get consistency and performances, he added: “It’s a question I’ve been asking myself.”

Adding that is about “handling stress”, he added: “I’m trying to urge the players to play with more clarity and to the tactical idea we want.”

Leeds now have a critical run of games coming up that may determine Marsch’s future.

Next up are two home games. They face Cardiff in the FA Cup replay on Wednesday, before tackling Brentford in the Premier League on Sunday.

Failure to win both will see mounting pressure coming his way. And it won’t reflect well if they fail to overcome Championship Cardiff, having had two bites of the cherry.

Brentford, though, is more important. Leeds lost 5-2 to the Bees back in September. And they will need to sharpen up in defence before taking on Thomas Frank’s side again on Sunday.