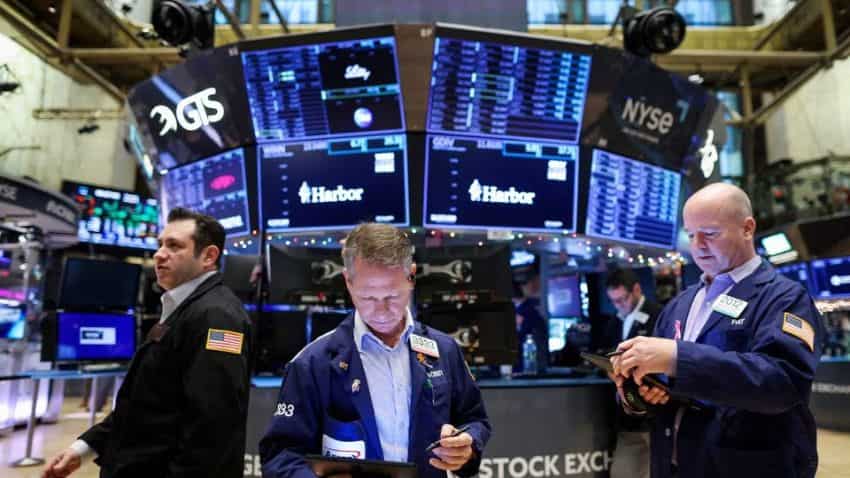 U.S consumer prices fell for the first time in more than 2-1/2 years in December, the report showed, giving some hope that inflation was now on a sustained downward trend.

“Most investors are seeing inflation come down. That’s a positive sign, and I would expect earnings to be decent,” said Gary Bradshaw, portfolio manager at Hodges Capital Management in Dallas, Texas.

Friday brings results from a number of big U.S. banks, kicking off the start of the fourth-quarter earnings season for S&P 500 companies.

Trading was choppy following the CPI data. Rents remained very high in the report, while the labor market remains tight, and inflation is still well above the Fed’s target.

But some strategists said the slowdown in U.S. inflation may pave the way for the Fed to be able to bring down consumer prices without badly damaging growth.

Traders’ bets of a 25-basis point rate hike by the Fed in February shot up to 91% after the data, from 77% previously.

Microsoft (MSFT.O) shares rose 1.2%, providing the biggest boost to the S&P 500 and Nasdaq, while energy shares also were higher along with oil prices. Energy (.SPNY) rose 1.9% and was the day’s best performer among sectors.

“The (CPI) report confirms that inflation is in a downward trend and that it has reversed,” said Peter Cardillo, chief market economist at Spartan Capital Securities in New York.

Philadelphia Fed President Patrick Harker and St. Louis Fed President James Bullard acknowledged the moderation in prices, but stressed on the need for further monetary policy tightening to bring inflation down to the central bank’s target.

The Fed raised the key rate by 50 basis points in December, after four back-to-back 75-bps hikes.

Big U.S. banks are forecast to report lower fourth-quarter profits, as lenders stockpile funds to prepare for an economic slowdown.

Also, overall S&P 500 earnings are expected to have declined year-over-year in the fourth quarter, according to IBES data from Refinitiv, which would be the first quarterly U.S. earnings decline since 2020.

Tesla Inc (TSLA.O) shares ended near flat after Bloomberg, citing people familiar with the matter, reported the carmaker has delayed plans to expand its Shanghai factory.

Volume on U.S. exchanges was 12.14 billion shares, compared with the 10.88 billion average for the full session over the last 20 trading days.

Advancing issues outnumbered declining ones on the NYSE by a 3.75-to-1 ratio; on Nasdaq, a 2.50-to-1 ratio favored advancers.

Budget 2023: How does India earn? What is the math behind it?