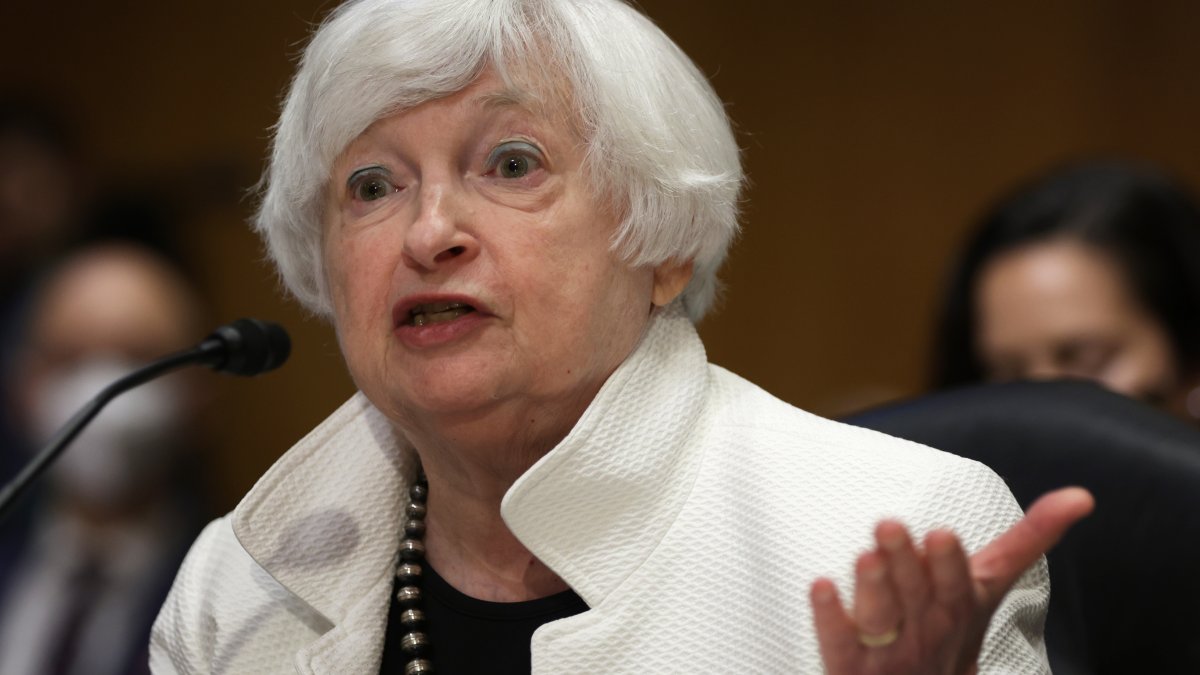 Treasury Secretary Janet Yellen notified Congress on Friday that the U.S. is projected to reach its debt limit on Thursday and will then resort to “extraordinary measures” to avoid default.

In a letter to House and Senate leaders, Yellen said her actions will buy time until Congress can pass legislation that will either raise the nation’s $31.4 trillion borrowing authority or suspend it again for a period of time.

Those measures include divesting some payments, such as contributions to federal employees’ retirement plans, in order to provide some headroom to make other payments that are deemed essential, including those for Social Security and debt instruments.

“Failure to meet the government’s obligations would cause irreparable harm to the U.S. economy, the livelihoods of all Americans, and global financial stability,” she said. “Indeed, in the past, even threats that the U.S. government might fail to meet its obligations have caused real harms, including the only credit rating downgrade in the history of our nation in 2011.”

The U.S. government needs money to run, but can only take on so much debt under current rules. So legislation would need to be passed to raise the debt ceiling. If not, the government could shut down, potentially stalling delivery of social security checks and other services, NBCLX Political Editor Noah Pransky explains.

Treasury first used these measures in 1985 and has used them at least 16 times since, according to the Committee for a Responsible Federal Budget, a fiscal watchdog. But the extraordinary measures only work for so long, and would probably run out — and put the U.S. at risk of default.

Yellen said it is “critical that Congress act in a timely manner” to increase or suspend the debt limit.

The debate over raising the debt ceiling will almost certainly result in a political showdown between newly empowered GOP lawmakers who now control the House and President Joe Biden and Democrats, who had enjoyed one-party control of Washington for the past two years.

In an interview this week on Fox News Channel, new House Speaker Kevin McCarthy stopped short of saying House Republicans would go so far as to refuse to pass the annual spending bills needed to fund the government, as happened more than a decade ago during an earlier debt ceiling showdown in Congress.

“We’re going to look at every single dollar spent,” he said.

The White House has insisted that it won’t allow the nation’s credit to be held captive to the demands of newly empowered GOP lawmakers. But any effort to compromise with House Republicans could force Biden to bend on his own priorities, whether that’s money for the IRS to ensure that wealthier Americans pay what they owe or domestic programs for children and the poor.

Past forecasts suggest a default could instantly bury the country in a deep recession, right at a moment of slowing global growth as the U.S. and much of the world face high inflation because of the pandemic and Russia’s invasion of Ukraine.