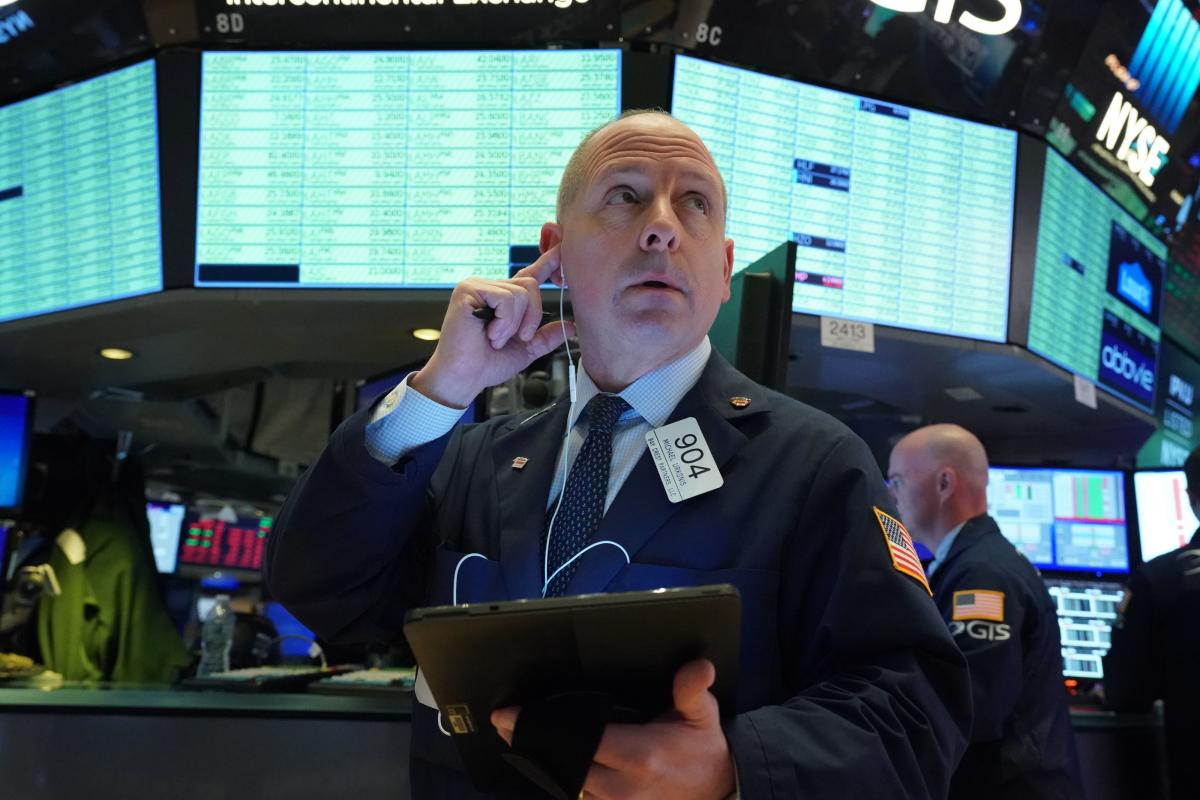 Futures tied to the S&P 500 (^GSPC) down 0.9%, while futures on the Dow Jones Industrial Average (^DJI) were lower by 0.7%. Contracts on the technology-heavy Nasdaq Composite (^IXIC) declined by roughly 1.0%.

Bond prices ticked up. The yield on the benchmark 10-year U.S. Treasury note fell to 3.46% from 3.5% on Wednesday. The dollar index showed little change.

On the earnings front, JPMorgan (JPM) posted better-than-expected fourth-quarter earnings as CEO Jamie Dimon said the the U.S. economy “remains strong.” JPMorgan said earnings for the three months ending in December were pegged at $11.1 billion, or $3.57 per share, up 7.2% from the same period last year.

Bank of America (BAC) reported fourth-quarter earnings that showed the bank’s revenue benefited from higher interest rates. Bank of America reported revenue of $24.5 billion in the quarter, topping estimates of $24.2 billion. That was 11% higher from the year-ago quarter.

Goldman Sachs (GS) said its consumer lending business has lost more than $3 billion since 2020. This comes ahead of their fourth quarter earnings that’s scheduled to be released next week.

Core CPI, excluding volatile food and energy components, prices climbed 5.7% year-over-year and 0.3% over the prior month. The core CPI reading came in line as expected from Bloomberg economist forecasts.

In response to the data, investors grew more confident that the Fed could ease the pace of its tightening at its next monetary policy meeting, which starts Jan. 31.

“When it comes to the Fed, the release led to growing expectations that they would downshift the pace of rate hikes again at the February meeting, moving from 50bps last time down to 25bps,” Jim Reid and colleagues at Deutsche Bank wrote in an early-morning note Friday.

Central bankers have made clear they aren’t done with interest rate increases. Fed Chair Jerome Powell stressed on Tuesday the importance of stable inflation, which could lead the central bank to take actions that are necessary, even if not popular.

Meanwhile, other Fed officials like Philadelphia Fed President Patrick Harker have echoed remarks that could suggest that the central bank may be open to slowing the pace of rate hikes.

Click here for the latest stock market news and in-depth analysis, including events that move stocks

Read the latest financial and business news from Yahoo Finance

Download the Yahoo Finance app for Apple or Android