The best-performing sector on the sharemarket was energy, which finished up 1.5 per cent as benchmark crude oil futures fetched $US83.61 at the closing bell. Woodside shares firmed 1.2 per cent, with Santos adding 2.4 per cent.

New Hope Coal was the best performer on the benchmark index, gaining 5 per cent, after Goldman Sachs updated its view on the sector; coal miners Whitehaven and Yancoal also gained.

The financials sector added 1.1 per cent, with National Australia Bank jumping 1.6 per cent to top the performance among the big four banks. Elsewhere, investment bank Macquarie Group advanced 0.7 per cent. 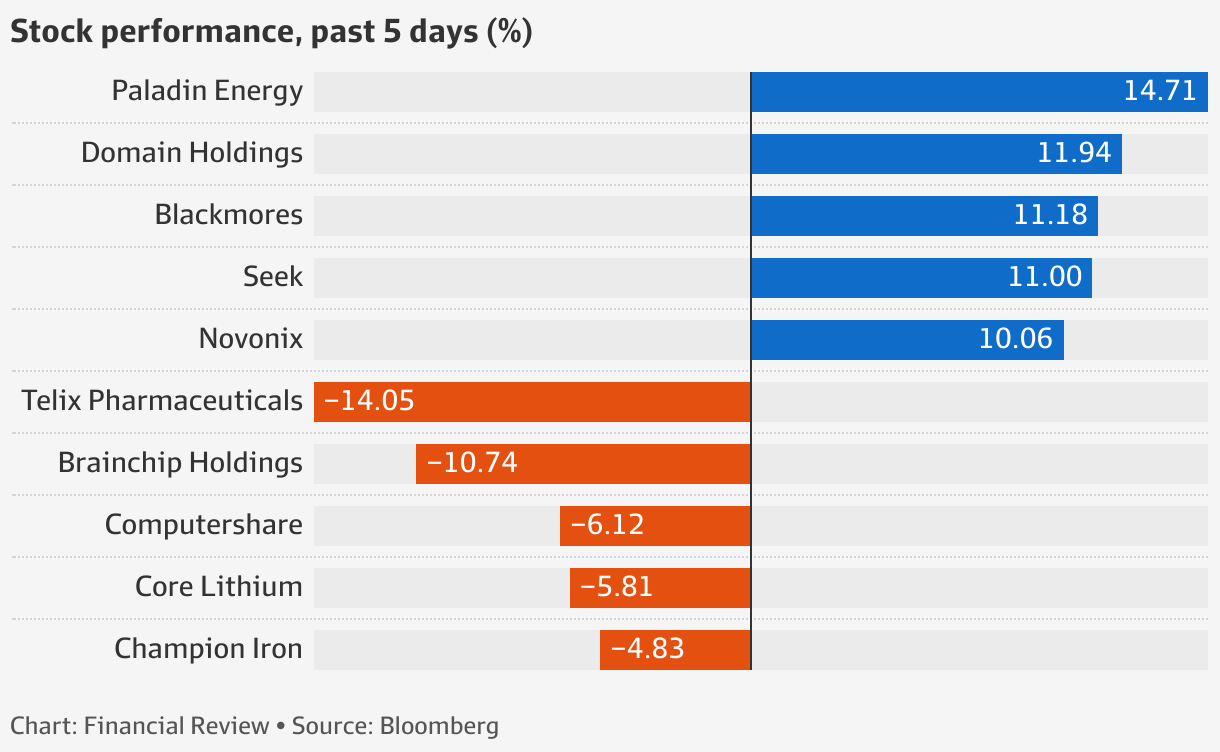 Overseas, the Bank of South Korea lifted its benchmark cash lending rate by a quarter percentage point to 3.5 per cent.

In the US on Friday the December-quarter earnings season starts in earnest with major banks JP Morgan, Citigroup, Wells Fargo and Bank of America reporting their results. Investors expect earnings falls as the US Fed’s aggressive pace of interest rate increases slows the world’s No. 1 economy.