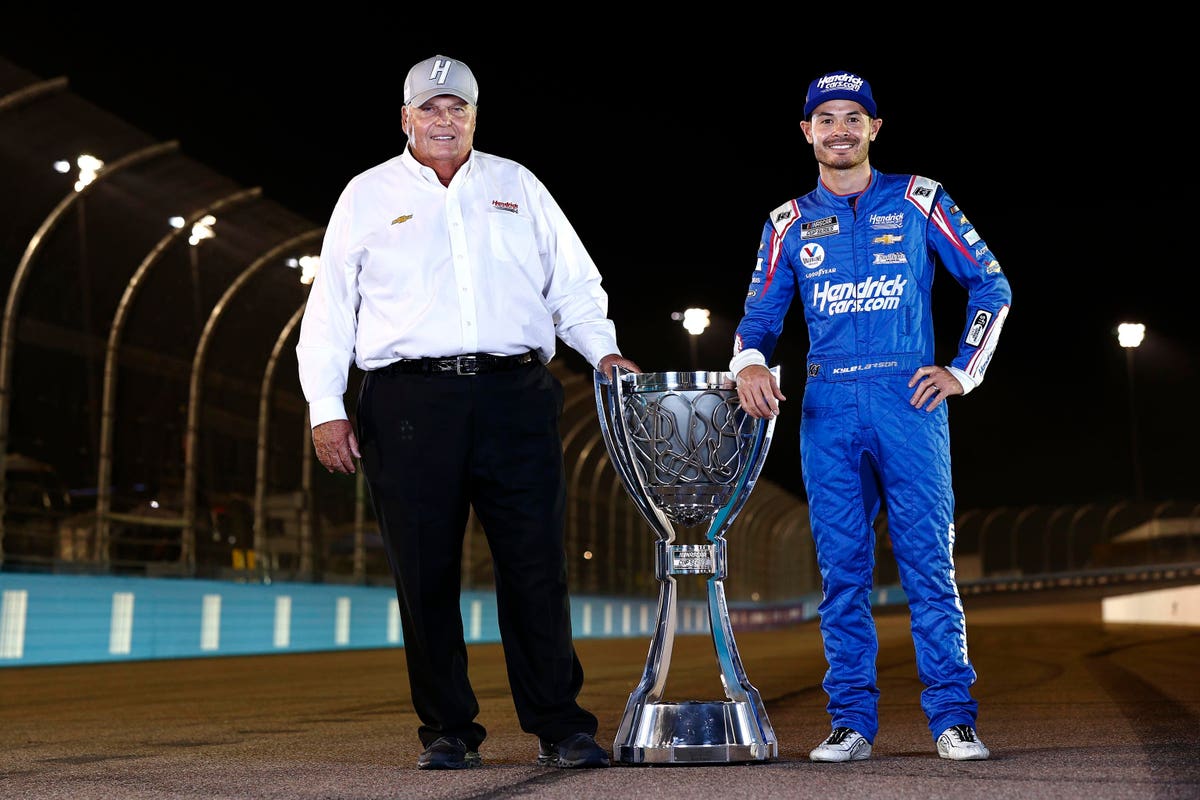 The combination of the most successful team owner in Nascar Cup Series history with one of leading team owners in Formula One has created a “Motorsports Dream Team” at the Indianapolis 500 in 2024.

A deeper look at the connection between Nascar’s Rick Hendrick and McLaren’s Zak Brown sees the potential of a powerful alliance that could achieve some great things in international auto racing.

Both admitted 2021 Nascar Cup Series champion Kyle Larson’s Indy 500 ride in 2024 could be the first step in more involvement between the two iconic racing organizations.

“That’s one of the many things that is very exciting about our partnership,” Brown said Thursday night. “As Mr. H (Rick Hendrick) said, we are all a bunch of racers that race in different formulas, and all have a lot in common. You never quite know where partnerships lead to.

“Going to LeMans, I have a great history in sports cars. I remember the Corvette GTP program very much, which was an uber-cool racing car and racing series. That was one of the things that was very exciting for us to create a partnership that gets a bunch of racers together that have a passion for winning and racing cars that can lead to other opportunities in the future.”

Hendrick has also successfully competed in IMSA Sports Car Racing and will be part of the Garage 56 entry in the 24 Hours of LeMans in 2023.

Brown has helped revive McLaren’s Formula One effort and has created a very impressive multi-car operation in the NTT IndyCar Series.

“I have never dreamed we would be partners running the Indianapolis 500,” Hendrick said Thursday night. “Kyle has made it very clear to me that he would love to do it. I never thought it would happen.”

Arrow McLaren SP and Hendrick Motorsports are both Chevrolet teams.

“For me to do it with Chevrolet, I always wanted to be with a premier team if we ever did do it,” Hendrick said. “To be able to partner with McLaren and have Hendrick Cars on it, that is special to me and our whole organization.

“Everybody is excited about it. To partner with McLaren and have the talent that you have assembled and know that Kyle is going to be in first class equipment with total preparation, it’s going to be exciting for our organization, our fans and everyone involved. We are super excited and very appreciative to partner with you. Looking forward to Kyle running the Indy 500 next year. It’s an amazing opportunity.

In 1984, he was the founder of All Star Racing featuring Geoff Bodine as his driver. That was the genesis of Hendrick Motorsports, which would go on to become the leading team in Nascar Cup Series history.

In 2024, Hendrick will be part of the starting grid at the Indianapolis 500 for the first time.

“I think if you are a racer and on your bucket list if you can be a part of and have an entry in the Indy 500, that’s a huge deal,” Hendrick said. “Kyle has told me he wanted to do it. If you want to race, you must be competitive. To have a partner or team to associate with like a McLaren and Zak Brown, that is what you must have. I’m not interested in going if we are not prepared and don’t have a shot to be competitive.

“I know it’s a tall order to talk about trying to win it, but every race I have ever seen Kyle in, I look at the McLaren team and I know they are winners and Kyle is a winner, Jeff Gordon has been in the middle of this, and we are all talking about getting him in a car at the end of the year. Zak and I have talked about that earlier today.

“All of this is going to develop, but what I like about it is we’ve got a great team we are associated with. For me to have a chance to be a co-owner and bring Hendrick Cars to Kyle’s fans and our organization, I get more excited about it every day.

“I wasn’t too excited about it in the beginning but when we started talking about it, to partner with McLaren and Zak Brown and a quality organization in everything from Formula One to Indy, this is a great opportunity for us.

“I’m looking forward to it. We’ll see how it all works out.”

When asked how he expects to feel for this first Indy 500, Hendrick reflected to the same feeling he had 39 years ago.

“I probably feel like I did when I went to Daytona the first time in 1984,” Hendrick said. “I had an entry there and I looked down the garage lane and saw the Wood Brothers and Junior Johnson and thought, ‘Oh, Man – I shouldn’t be here.’ But being partners with McLaren gives us a tremendous amount of comfort we will have the best equipment and the best preparation. We owe that all to the McLaren group because they are the best.

The collective business horsepower of Zak Brown and McLaren, along with Rick Hendrick, Hendrick Motorsports and the Hendrick Automotive Group has everything needed for success. But those involved realize they can only achieve greatness by working together.

“I know full well what it’s like to step into an organization or racing series like NASCAR to compete,” Hendrick said. “It takes a lot of time. Any race team, it’s all about people. We know Chevrolet has a great product. I’ve never raced anything but Chevrolet. There is no way our organization could make this step without having a partner like McLaren. I’m in awe that I’m going to be mentioned in the same sentence with McLaren and Zak.

“Whatever we do, I’m going to put the best effort out there we can.”

Hendrick will be 74 at the 2024 Indianapolis 500, but the successful businessman and racing team owner believes it’s never too late to check off his bucket list.

“The Indianapolis 500 is a bucket list,” Hendrick said. “I never thought I would be going to LeMans, either. It’s one of those deals that Kyle has been adamant about. He convinced me to let him run Sprint Cars.

“The Indy 500 is such a prestige event in all of motorsports. I never thought I would be there. It’s going to be special to walk out on the grid next year and be a part of it.”