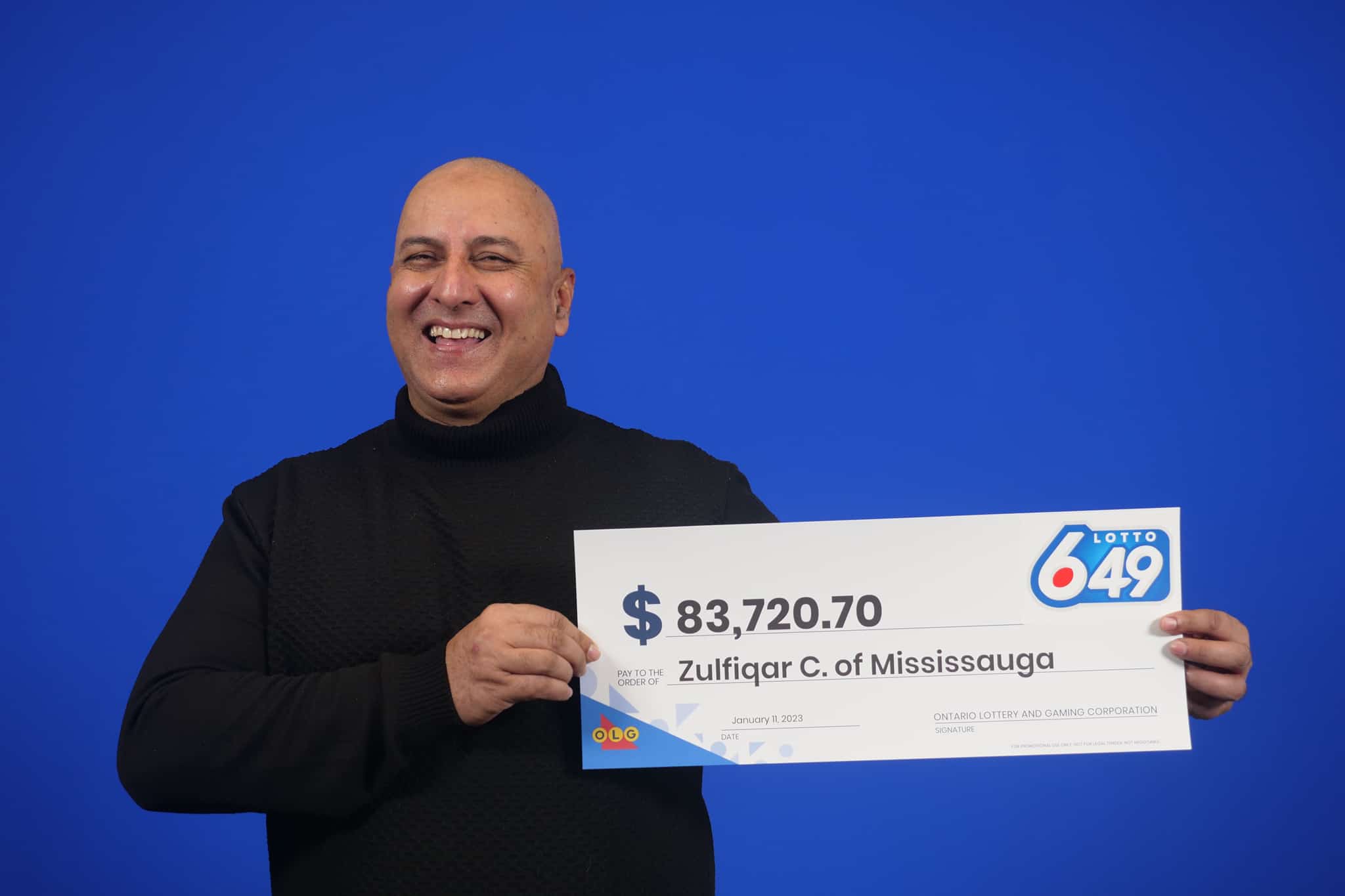 A Mississauga resident looks forward to a brighter future after winning the lottery.

Chaudhry, who works in logistics, said he’s been a regular lottery player for the past 17 years.

“LOTTO MAX and LOTTO 6/49 are my favourite games,” he said while at the OLG Prize Centre in Toronto to pick up his winnings.

The 50-year-old father said he thought something was wrong with the ticket checker when he scanned his ticket.

“I couldn’t believe it – it was a beautiful experience! The cashier was so excited for me because I always purchase my tickets there,” he said.

Chaudhry became very emotional when he shared the news with his wife.

“My wife had tears in her eyes – it was such an exciting moment for us to share together.”

He plans to invest in his children’s education and possibly purchase a new vehicle.

“I feel that my future is brighter now!” he said.

The winning ticket was purchased at the CNIB Kiosk in Walmart on City Centre Drive in Mississauga.