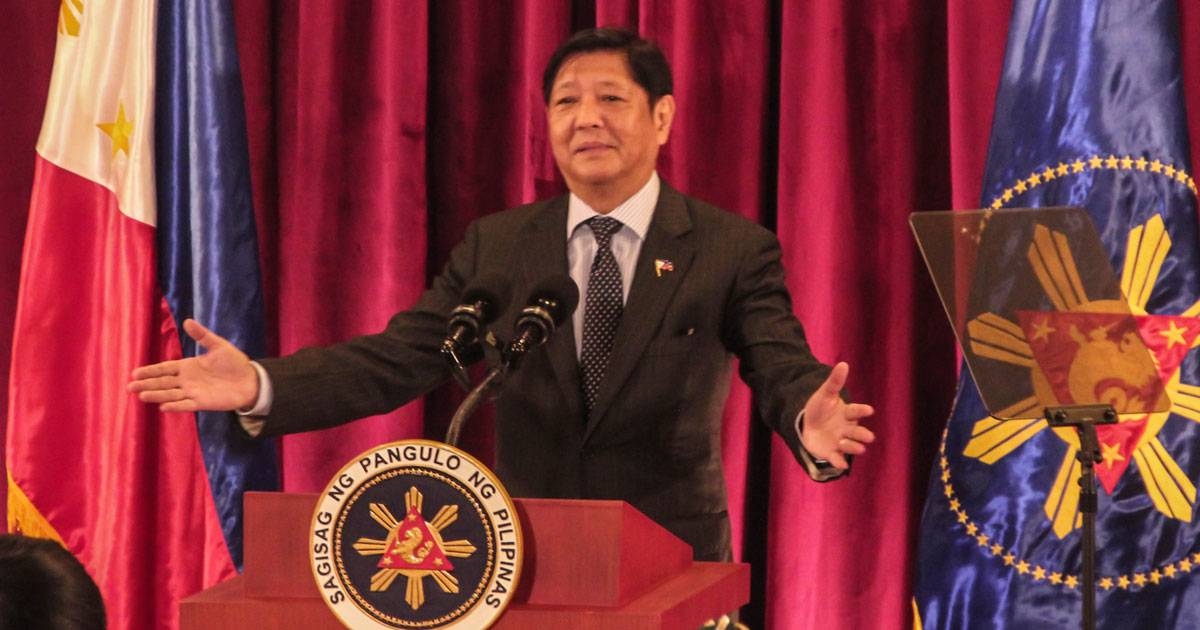 In a pre-departure briefing in Malacañang, Foreign Affairs Undersecretary Carlos Sorreta said the President will bring up the sovereign wealth fund during the January 16 to 20 World Economic Forum (WEF).

“At the briefing this morning, the President said that we have developed excellent fundamentals, there’s much that we can offer to investors, and he said ‘you know let’s talk about the sovereign wealth fund that’s being set up,'” Sorreta said.

“The WEF is a great venue to do a sort of soft launch for our sovereign wealth fund, given the prominence of the forum itself and global and business leaders will be there,” he said.

Even while Congress is still fine-tuning the proposed law, Marcos already has acquired a very good grasp of the bill’s “broad strokes” and “what he wants to achieve in whatever form the sovereign wealth fund finally takes,” Sorreta said.

Get the latest news

delivered to your inbox
Sign up for The Manila Times’ daily newsletters
By signing up with an email address, I acknowledge that I have read and agree to the Terms of Service and Privacy Policy.

He recalled that the WEF had been the venue for launching key business policies. “I remember Bill Gates launched some initiatives in a soft way. It’s really to inform the world. It’s really one of the best places to do it, and I have to say it’s the President’s idea, I regret I didn’t even think about it,” Sorreta said.

The Department of Budget and Management has said the sovereign wealth fund — which is typically financed by a state’s surplus revenues or reserves — will be used by the government to invest in such outlets as foreign currencies, fixed-income instruments, domestic and foreign corporate bonds, commercial real estate and infrastructure projects.

The fund faced some pushback, with critics questioning the country’s need and readiness for a sovereign wealth fund, given the government’s budget deficit and record debt.

Critics also zeroed in on the provision tapping major pension funds as sources for the fund, warning it could put the people’s money at risk.

Authors of the MWF bill quickly slotted in an amendment which provides that dividends of the Bangko Sentral ng Pilipinas will be used as initial investment instead of Social Security System (SSS) and Government Service Insurance System (GSIS) contributions.

Malacañang press briefer Daphne Oseña Paez said the WEF is an opportunity for the Philippines to let the world know what it is doing “in terms of being ready and attractive for investments.”

“We are presented with an opportunity to forward our priorities on food and energy security, digitalization, climate action, attracting investments and promoting beneficial trade addressing inequality, and providing accessible social services; and to partner with other countries, businesses, civil society and other stakeholders to this end, as well as to collaborate with the World Economic Forum on several of their initiatives,” Paez said.

The forum is also a chance for the Philippines to partner with other countries, businesses, civil society and other stakeholders, and to collaborate with the WEF on their initiatives.

While in Switzerland, Marcos will also meet with business leaders and the members of the Filipino community.

However, his tight schedule may not allow him to have a bilateral meeting with any world leader attending the forum.

Sorreta said Marcos will be the only leader from the Association of Southeast Asian Nations (Asean) who will attend this year’s WEF.

“He would be in a wonderful position to represent not only our country but how our own region, Asean and the East Asia Region, can be the engine of growth for the world economy,” he said.

The WEF offers world and business leaders a venue to get together, interact, and come up with ideas and plans to address challenges and opportunities facing the global economy.

The theme for this year’s forum is “The Cooperation in a Fragmented World.” Sorreta said Marcos wants to present Asia as an essential factor in “bringing together the fragmented parts of the world.”

“What we present to a fragmented world, because of our great economic potential, is a promise of progress and prosperity,” Sorreta said.

“If the causes of the fragmentation can be addressed, we can promise that once peace is achieved, there will be progress and prosperity,” he said.