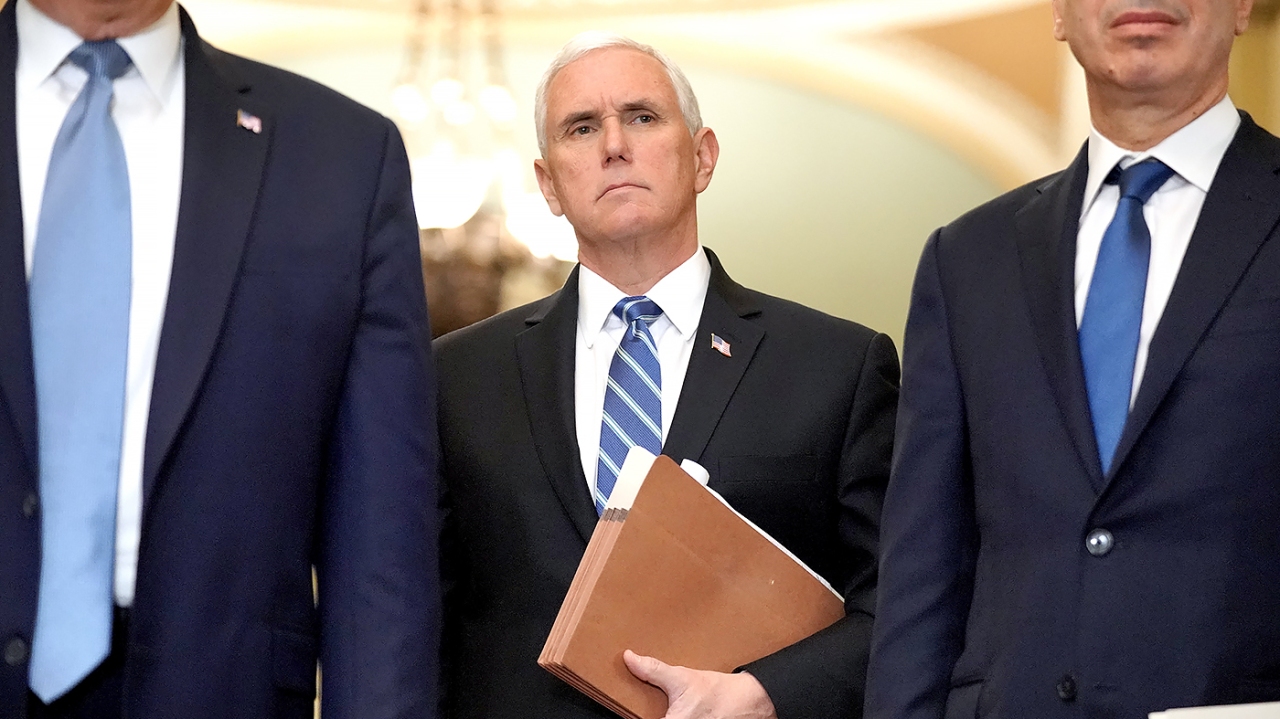 Former Vice President Mike Pence hasn’t publicly announced whether he will run for president in 2024, but he is sounding many of the notes of a would-be candidate.

In an interview with The Hill on Wednesday, Pence addressed last week’s discord among House Republicans during the Speakership election, the role abortion played in November’s disappointing midterms for the GOP and his considerations as he mulls his political future.

The former vice president has spent the last several months keeping an aggressive travel schedule that includes multiple stops in early primary states, where he has promoted his new book and the policy proposals put forward by his political advocacy group.

Pence’s political future in many ways hinges on how voters view him in connection to former President Trump. Pence served as Trump’s unflinchingly loyal vice president for four years, but the two have drifted apart after Pence refused Trump’s pressure campaign to overturn the 2020 election results.

In Wednesday’s interview, Pence was careful not to overtly criticize Trump even in areas where the two disagree, though he made clear he believes the GOP will have other, better choices in the 2024 presidential race.

Trump is the only declared candidate in the 2024 GOP field, but his campaign thus far has been marked by a lack of activity, with the former president rarely traveling outside of Florida or holding public events. Pence on Wednesday said Trump’s decision to jump into the race early will have no bearing on his own 2024 plans.

“At the end of the day, I think it’s a new day,” Pence said. “I think it calls for new leadership. And I have every confidence that the American people and Republican voters will have better choices come 2024.”

Pence has increasingly broken with his former boss on certain issues, most notably the events around the Jan. 6, 2021, attack on the Capitol. The former vice president on Wednesday put daylight between himself and Trump on another issue: the role of abortion in election results.

Trump last week wrote on Truth Social that it was the “‘abortion issue,’ poorly handled by many Republicans, especially those that firmly insisted on No Exceptions, even in the case of Rape, Incest, or Life of the Mother, that lost large numbers of Voters.”

But Pence, who is staunchly opposed to abortion, disagreed, saying GOP candidates who expressed a clear view on protecting the rights of unborn children outperformed those Republicans who shied away from the topic in the wake of the Supreme Court overturning Roe v. Wade.

“I think going forward, it’s going to be incumbent on the men and women on our party to stand without apology for the sanctity of human life, to stand on that principle of the unalienable right to life, but also to express compassion for women that are facing crisis pregnancies,” Pence said.

Pence spoke from his office down the street from the Capitol, where a new Republican House majority was sworn in over the weekend following a chaotic, days-long intraparty fight that culminated in Rep. Kevin McCarthy (R-Calif.) being elected Speaker.

The former vice president, who served for 12 years in the House and at times challenged party leaders, downplayed any long-term rift between the roughly 20 conservatives who blocked McCarthy’s ascension in the first several rounds of voting and the rest of the House GOP conference in the months to come.

“I for one am confident that this new energetic conservative majority showed last week that they’re willing to stand for what they believe in, but also able to come together and move forward solutions that will really put our country back on track not just for economic growth, but for the kind of fiscal responsibility that that will put us on a pathway to a balanced federal budget again,” Pence said.

Many observers have expressed concern about how the fractious House GOP conference will handle contentious issues like raising the debt ceiling, which is required to avoid a government default.

Pence called it an obligation for the nation to uphold its credit, but argued that House Republicans “would do well to use that opportunity to demand that Democrats in the Senate and the Biden administration step forward with the kind of reforms that will begin us on a process of solving the problems the American people are living in every day.”

The White House has warned that Republicans will look to cut Medicare and Social Security spending or reduce the defense budget in exchange for raising the debt ceiling. Pence on Wednesday said balancing the budget while maintaining those programs that seniors rely on will require “visionary reforms.”

The former vice president also expressed support for House Republicans using their investigative powers to hold the Biden administration accountable, including by looking into the president’s son Hunter Biden. Pence said Congress should “deeply examine” how information from Hunter Biden’s laptop was suppressed in the weeks before the 2020 election.

House Republicans earlier Wednesday officially opened an investigation into the president and his family, requesting information from the Treasury Department and Twitter executives ahead of potential public hearings.

“The American people deserve that check and balance in our system that a new House Republican majority can provide,” Pence said. “But that being said, I don’t think that’s to the exclusion of producing policies that’ll get the economy back on track, set us back on a strong fiscal footing, secure our border and bring real solutions to the American people.”