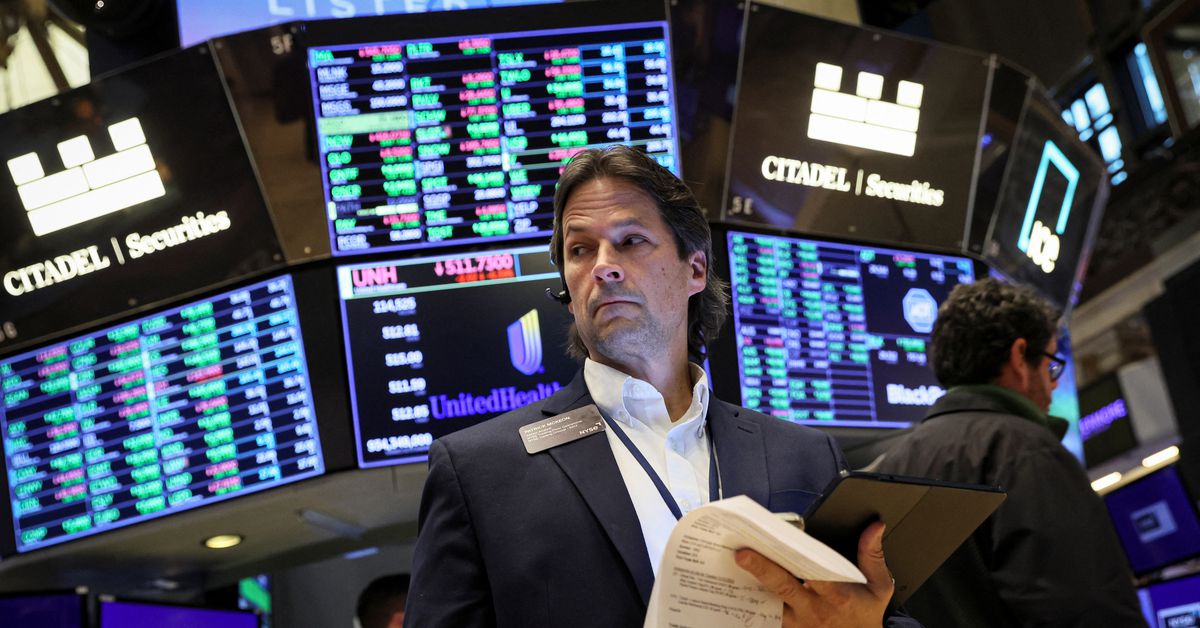 NEW YORK/LONDON, Jan 11 (Reuters) – Wall Street equities followed Europe’s higher on Wednesday as investors appeared to have some hopes that U.S. inflation and earnings reports would point to a resilient economy and slower pace of interest rate hikes.

Longer-dated treasury yields fell a day before the release of U.S. consumer price index (CPI) data as the market bet that inflation is on sustainable downward path that could lead the Federal Reserve to at least slow its rate hikes.

Meanwhile, the dollar was flat and gold was lower after scaling an eight-month peak.

Crude oil prices shrugged off early losses to move higher, while copper rose above $9,000 a tonne for the first time since June on hopes that Chinese demand will rebound after China removed its COVID-19 restrictions.

All these moves helped to encourage investors to take on riskier bets ahead of the Thursday’s inflation data, according to Cliff Hodge, chief investment officer at Cornerstone Wealth.

“Investors have really focused on recent data with wage increases coming off a little bit last week and around the labor market still holding up relatively well,” Hodge added. “There’s more and more credibility for the soft landing scenario at this point.”

December’s CPI is expected to show annual inflation at 6.5%, down from 7.1% in November with the data viewed as a crucial signpost for investors looking to figure out the Fed’s next steps in its rate hiking cycle.

Current expectations are for a 25 basis points rate increase at the February meeting and again in March after a 50 basis point hike in December.

“The first step would be a downshift in the pace of hiking and the next would be a pause,” Hodge said.

Also, Friday is the unofficial start of the U.S. earnings season with results from big banks such as Bank of America (BAC.N), JPMorgan Chase (JPM.N), Wells Fargo (WFC.N) and Citigroup (C.N) expected to offer clues on the economic outlook.

Oil prices rose as hopes for an improved global economic outlook and concern over the impact of sanctions on Russian crude output outweighed a higher-than-expected build in U.S. crude and fuel stocks.